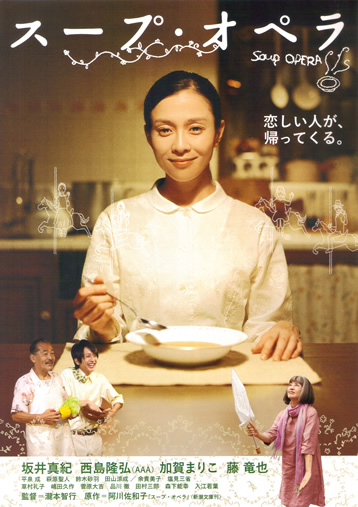 In an old mansion a woman named Louie (Maki Sakai) starts to make chicken soup. The woman also lives with her aunt Toba-chan (Mariko Kaga). Toba-chan has raised Louie since her birth as Toba-chan's sister died while giving birth to Louie.

Not long before Toba-chan's 61st birth day , Toba-chan falls in love and suddenly leaves home. Louie is now all alone. Then a strange man Tony (Tatsuya Fuji) appears in front of her house. The guy comes to her garden and spreads out a canvas. He then starts to draw. Louie kicks him out, but after several days he shows up again with a lunch box. What a surprise his lunch box tastes so delicious!

One day, Louie's old classmate Nanako (Sawa Suzuki), who works for a magazine, takes Louie to dinner with popular writer Gou Inoue (Sei Hiraizumi) and others. During dinner, Louie becomes tired of the writer's arrogant attitude, but she is surprised by the cold peach soup recommended by Kosuke (Takahiro Nishijima) who sits next to her. After dinner, Kosuke takes Louie home and mistakes Tony as Louie's father. Tony nonchalant invites Kosuke to stay over for the night.

The next day, Louie comes home after work and is surprised to find Tony and Kosuke cooking happily together in the kitchen. As dinner starts Kosuke raves about Louie's chicken soup. Kosuke then states that he wants to live here. Tony then replies "then live here". Now Louie has two men living with her ... 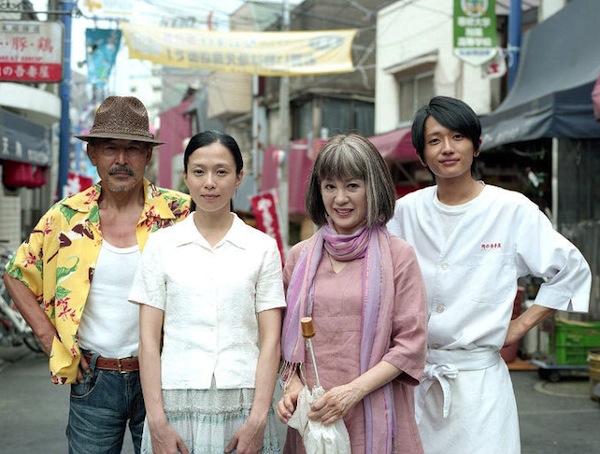