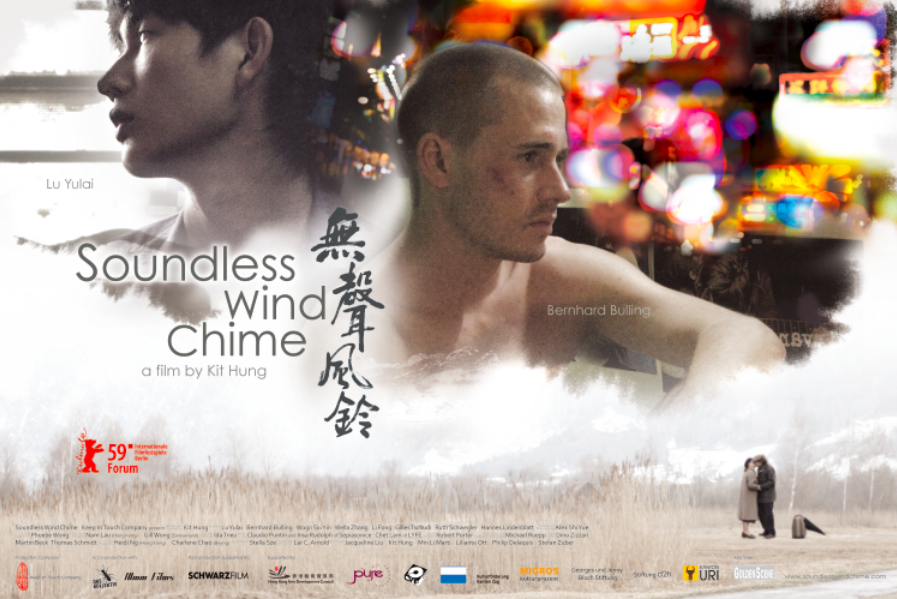 Soundless Wind Chime is the poetic journey of Ricky, searching for the lost soul and the past of his deceased Swiss lover - Pascal. The film shows a battle of love, lust, reality, memory and illusions and the frief everybody bears every day.

Ricky - a new Chinese immigrant in Hong Kong; and Pascal - a 27 years old Swiss rebel escaped from his traditional boundaries, meet in Hong Kong. Ricky works as a waiter in a local restaurant and lives with his aunt who is a street prostitute. Pascal is a theif and enjoys the advantages of his European status in this post-colonial Asian city.

Without even saying goodbye, Pascal passes away in an accident. Ricky carries his grief and sorrows to Switzerland, looking for hints of Pascal in a nameless village. When he visits a beautiful thrift store, Rickey meets Ueli, a man that looks identical to PAscal, but has a totally different personality...