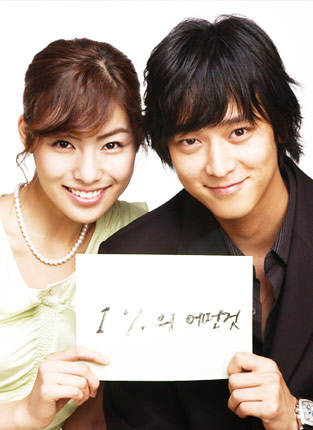 Da-Hyun teaches Korean in middle school. One day, on the way home in the subway, she gives seat to a poor old man and helps him with his bags. She soon forgets about this but from that day on, all kinds of strange things start happening in her life. In the meantime, Jae-In is in a meeting at his office when he's interrupted by an urgent phone call. He had become estranged from his grandfather ever since he ran away from home. This also meant deletion of his name from his grandfather's will. But all of a sudden, he now gets a call that his name was written back on his grandfather's will again and what's more, he is also given the order of priority. He's even more surprised when he finds out that it is not the first right to inherit the fortune but the first right to date a certain girl. To make things worse, his grandfather says he'd bequeath his every single fortune to the girl Jae-In has never even heard of.

JoyJoy Mar 11 2020 9:52 am This was the first drama I watched where he is the lead. When I saw him I fell in love right away. He was the epitome of rich kid with bad personality in dramas. I know I was very young back then. I was like under 15y/o. Now I am 26 y/o and I never knew he's gonna make this big.

I like this drama. Very wholesome and doesn't have complications

Ja Jan 04 2017 12:40 am Can anyone give me a link wherein I can watch the full video? Please. Before, it was air in the television but they wasn't able to finish airing maybe becuase of low rate of viewers, so I was disappointed I did not able to finish watching. ???

I agree, this would be a great drama to have a remake. Question: If it did get a remake, which actors would you like to be cast as the main leads?

Dena Oct 12 2015 10:02 pm Who was the actor who played Jeong Soo? He was the guy in the office who got engaged to the girl in the office. Also, I've seen U (Yoo) Gun listed as being in the series but I don't know what part he played. Didn't recognize him in it and wonder if they got the name wrong?!

Annie Oct 27 2013 5:52 am Very good drama! I i loved it!! :) Love the actors and actresses!! :) Good thing i have a copy of this drama! I always love watching it over and over again all this years!! :) I just hope i could watch a korean drama that will reunite Kang Dong Won and Kim Jung Hwa!! That would be a korean drama to wait for!! :)

Luv_Ayun Nov 22 2012 6:12 am i really love Kang Dong Won and Kim Jung Hwa after watching 1% of anything.. Both of you are really cute.. Wish both of you could acts in drama together once again. :)

klick Jun 26 2011 6:14 pm it's a charming, clean cut, pg drama.... yet as characteristic of majority of Korean drama, it begins well, but ends slow. korean script writers. main and support actors each have their charm. not the best acting, yet you can see their potential growing.

last 5 maybe 10 episodes you wish it would end; please stop the cheese....lol. watch the beginning, once is starts to drag, stop and imagine your own ending......