Someday at a Place in the Sun Special 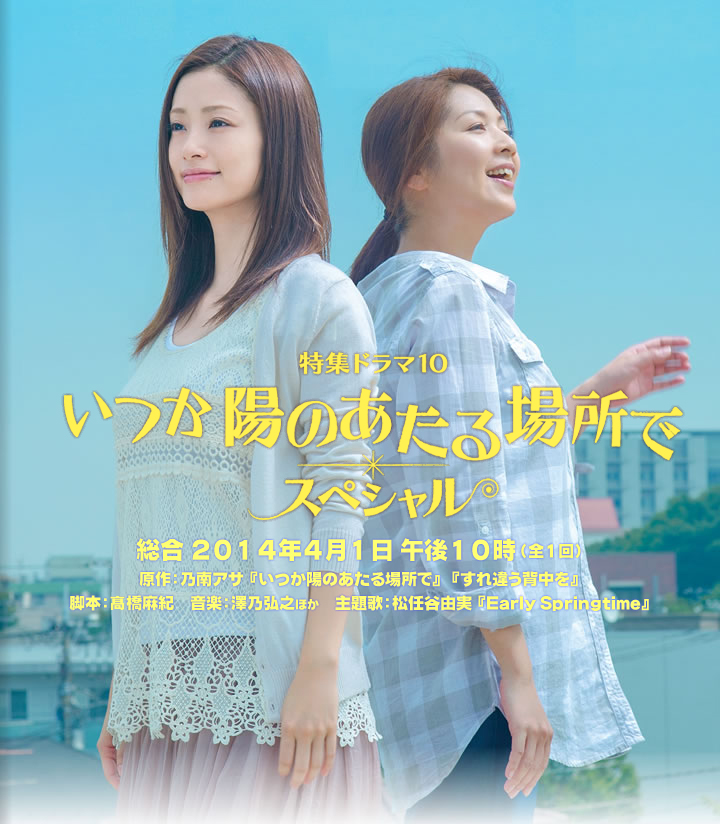 Hanako (Aya Ueto) meets again Keita (Takumi Saito) who is temporarily back from the United States. They get attracted to each other. Keita decides to cancel his return to the United Sates and stay to support Hanako. He introduces her to his family and his family extends a warm welcome to her. She is torn over whether to reveal her past to his family.

Ayaka (Naoko Iijima) looks at a postcard. The post card was written by her son Tomoki who now lives at an orphanage. After she killed her husband, her family has been separated. She tries to reply to Tomoki’s post card, but she is not able to write. Suddenly, Tomoki arrives.