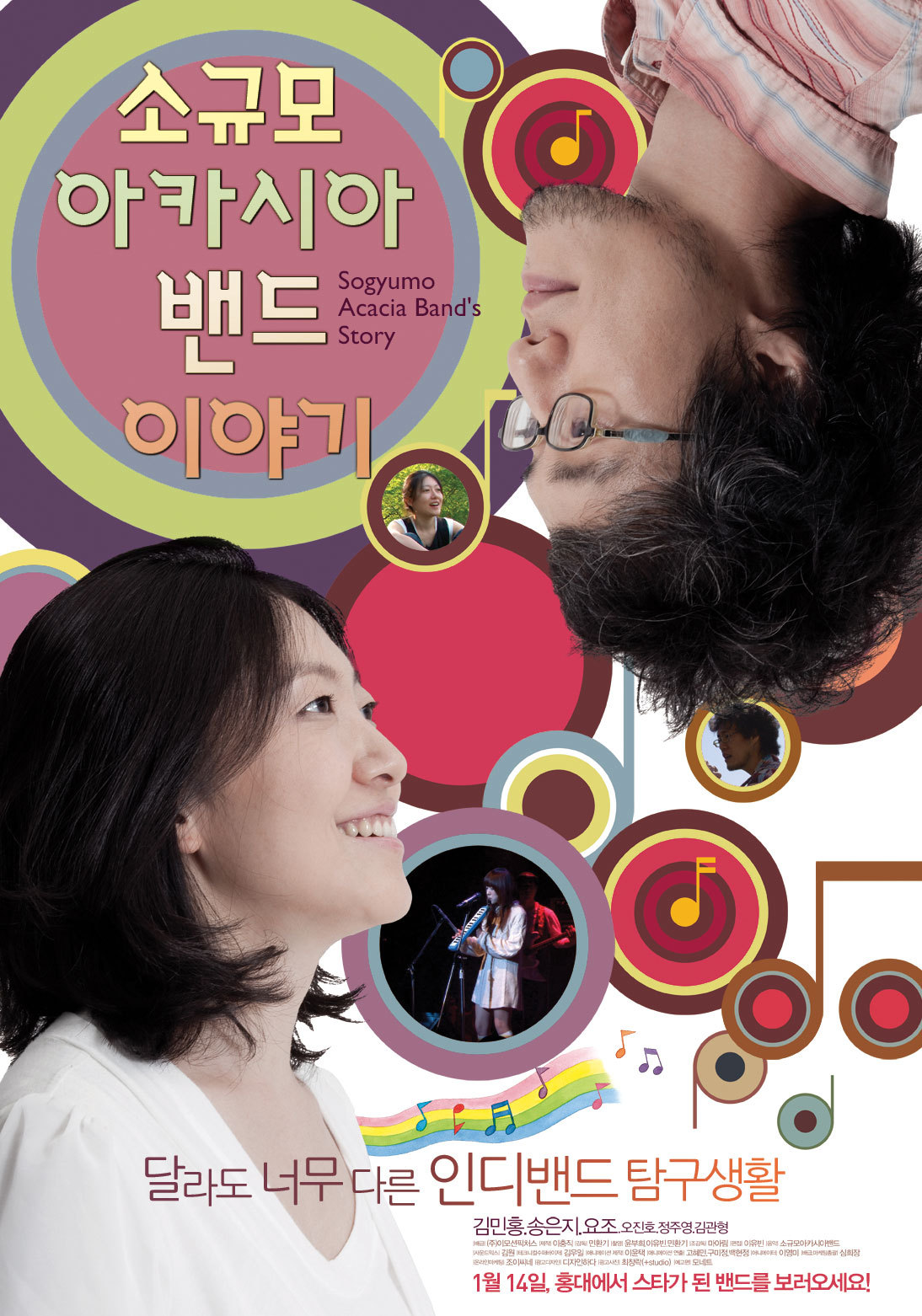 The Sogyumo Acacia Band is a duo band composed of Min-hong and Eun-jie. Their sentimental melodies and lyrics have been very popular in Korea, keeping the band continuing on so far. The band has begun project group by inviting freelance members for more diverse music activities. As one of them, Yozoh, debuted through the Sogyumo Acacia Band becomes very popular, Min-hong and Eun-jie go through conflicts, especially regarding Yozoh’s presence and her role in their band. They doubt whether their current music is what they had originally pursued. -- Jecheon International Music & Film Festival

Mishy Sep 09 2017 5:01 am I love this band, especially 'butterfly' and 'happy lonely day'. My dad enjoys their music too. Please don't stop singing.