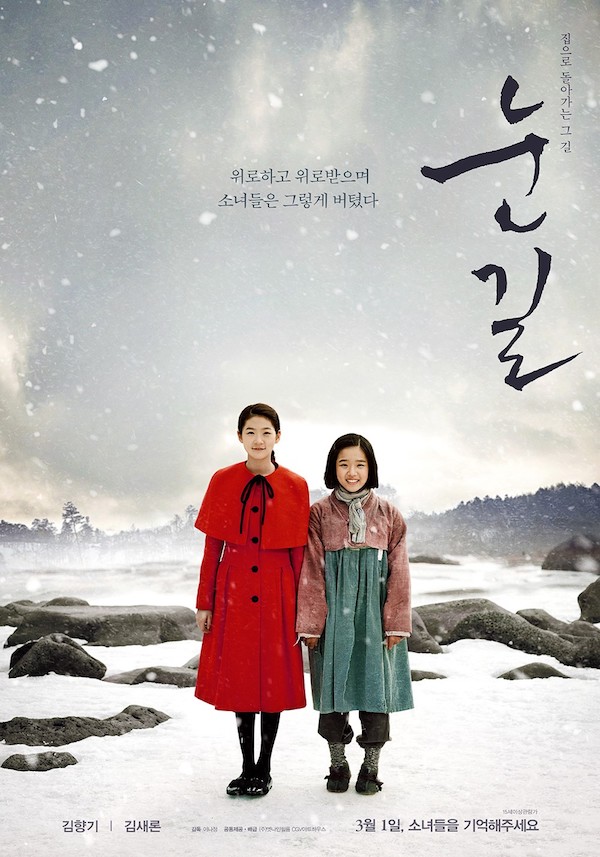 Jong-Boon (Kim Hyang-Gi) and Young-Ae (Kim Sae-Ron) live in the same Korean village, but they come from totally different backgrounds. Jong-Boon's family is poor, but she is a bright and brave girl. Young-Ae's family is wealthy and she is smart.

One night, Jong-Boon is kidnapped and thrown onto a train. She sees Young-Ae on the same train. Young-Ae volunteered to join a student work group, but she was deceived. She believed if she joined the student work group, she would go to Japan to study. Jong-Boon and Young-Ae are now on the same train, but they don't know where they are headed. Soon, they face the horrific reality of "comfort women."

Kimsaeron Nov 14 2020 11:44 am Saeron is the best excellent and pretty professional i love her frm Barbie, and The man from nowhere manhole and etc.. hope to see her again with movie..

Kiya Jul 20 2019 5:00 am I accidently watch this movie and then I Can Speak (Lee Je Hoon) and then I feel in awe because surprisingly it looks like some kind of spin-off or sequel. Both are good, this movie made me in tears while I Can Speak getting you into both laugh and tears.

Rhyss ikram, dr Feb 14 2018 9:17 pm You can’t help but feel that some movies are too pronouced in its sadness that it may give you some really heart wrenching moments.... i don’t understand how a country & a nation can be so oppressing to the point of being wretchedly aweful & lustful. The victims of war are always the kids & the women...humanity then lunge to its lowest in those times. Truly sad & depressing is the state of humanity. i have so far watched up to 15min but i could already feel the possible moments of sombreity & deep sadness.... i don’t think i have the heart to go on watching though the young actress-young gi & sae ron are exceptionally good. Anyway tq to the producers & directors for such movies that tried to tell us stories & realities of such trying times. Tq

Saeron does her role very well as always.