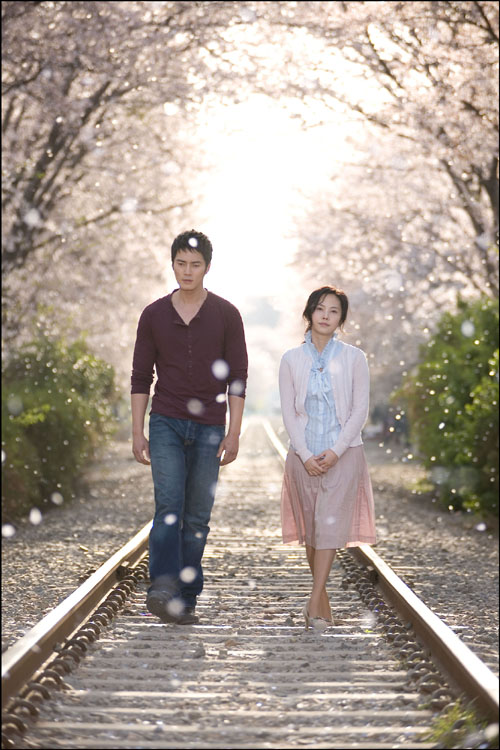 Three years ago on a raining day, Ban-suk (Choo Sang-mi) goes out to find her husband, Wang-bae (Choi Jun-yong) who is having an affair. That day, her son is killed in a hit-and-run and Dong-wu (Jo Dong-hyeok) finds out his girlfriend, Mi-su (Bak Tam-hee) has left him and their son.

Three years later, Ban-suk gets out of a rest home and plans to seek revenge when her husband asks for a divorce. She decides to move to the same apartment complex where he and Hong-hwa are living together. Next door, Dong-wu, a part-time trainer at the gym Ban-suk is working at, is living there. Ban-suk sees Hong-hwa flirting with Dong-wu at the gym and is disappointed that Dong-wu goes along with that. She begins to see him as a playboy that her father and her husband were and hates him. Since then, they have conflicts about everything. Meanwhile, Dong-wu’s ex-girlfriend and his son’s birth mother, Mi-su gets in an accident at a club and gets help from Ban-suk’s brother, Jong-hyeok. One day, Ban-suk meets Dong-wu’s son and begins to understand who Dong-wu really is. After they realize they both have grudges against Ban-suk’s husband, Wang-bae, they become closer friends. When Dong-wu’s son treats her like his mother, Ban-suk is reminded of her dead son. Dong-wu, who is helping Ban-suk overcome her difficult past, falls in love with her without realizing that he’s the one who caused her pain three years ago.

jan Jun 30 2015 10:31 am great story.. didn't know about this drama till i've watched bad guys. only then that i have known about jo dong hyuk. great actor indeed. the story ended good enough tho the writer and director could have come up with a better one on the last 2 episodes. might not be the turn of events that i have expected of the ending but still good. prosecutor oh have realized that dong woo didn't know that he knocked da bin because of low visibility caused by the hard rain and high back body of the truck. the prosecutor did well. also, the bastard wang bae has at least showed remorse. ban suk took custody of bo ram and her last words, to me, means that dong woo and herself are ONE. the last sequence was taken in front of the prison which only means that she'll be waiting for dong woo with bo ram. a great love story! glad to have watched it.

Dianne Aug 26 2014 6:12 am I honestly don't understand why this drama got such low ratings?! Makes no sense. It was at least as good or better than the many Kdramas I've seen. I'm having a hard time understanding the ending; but, in all, it ended the only way it could. That's why I can't stop crying / sobbing now that it's over. The lead actors were the right people to portray their characters. Some of the other actors seemed to over-act to an excess; but that's probably what the director wanted them to do... I rate this drama 4 out of 5 stars. If you like a melodrama about people who have been injured emotionally but are trying to make things better in their lives, you will like this also! The 2 children actors were superb... I'm always amazed at how well trained the child actors are in Korea.