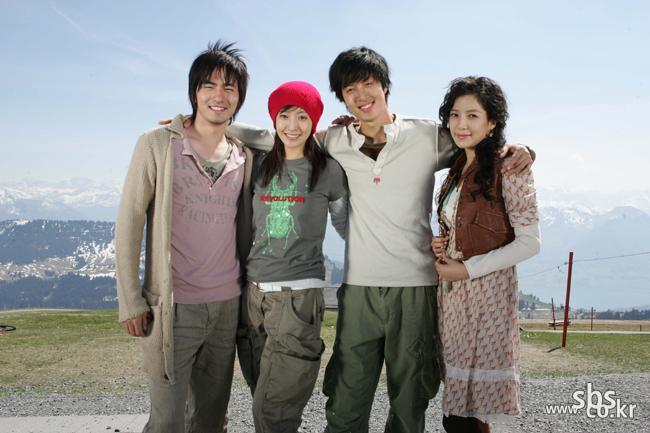 It is spring of the year 1999. At a high school in Gyeongju (an ancient capital located in the southern region of Korea), Dan-hee (Kim Hee-Seon) is famous among the guys as an eccentric girl who plays baseball, and Ha-jin (Lee Dong-Gun) is renowned as the handsome class president who has overcome his past as an orphan.

On the other hand, Yoo-gang (Yun Se-Ah) is a loner who is ostracized from her peers because of her melancholy character, but her eyes are always on Ha-jin. Years later, in the spring of 2006, Ha-jin comes to Jae-myung’s (Lee Jin-Wook) rescue when he is in need of help, and the two become best friends. Jae-myung is the son of the President of Mirae Chemicals, and his recommendation lands Ha-jin a job.

The President orders Jae-myung to coach the company’s softball team, in hope that it will discipline him. Dan-hee has respected Jae-myung as a baseball player for a long time and has high hopes for his influence as a coach. At first, Jae-myung scoffs at the softball team, having been a baseball player all his life, but begins to find motivation while working with the team through Dan-hee’s passion and diligence. He sets new goals to transform his team into a champion team and to make Dan-hee into the best pitcher in the game. During this process, he falls in love with her. Dan-hee is also attracted to Jae-myung, but finds it difficult to open up to him after the scar left in her heart by her first love. Jae-myung becomes curious about this man who has hurt Dan-hee so deeply…

Yulee Aug 21 2015 9:58 am Come across this old drama in youtube, love this plot and my beautiful actress, Kim Hee Sun. She always looks so beautiful in every drama she starred. Love to see her in more new dramas to come. Great actress.

Ashia Mar 24 2015 7:41 pm Just happened to watch this K DRAMA, my fren gave me its dvd and advised me to watch it, enjoyed it a lot, shud thank to my fren and of coz to all the casts here ,hehehe。。。。。hi guys, when will you have your new dramas again, you four really good in acting ！

Would like to find out on a song in this drama (Smile Again,2006) which is not in the OST tracks.

In episode 11 at around 31:47min, Lee Jin Wook sang a song in the karaoke, does anyone have any idea of the song name and artist?

Appreciate alot and Thanks in advance for any clues.