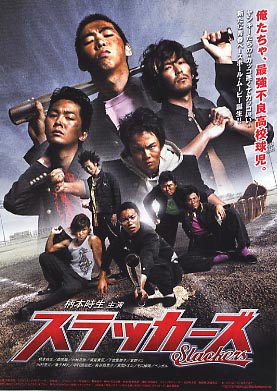 This film comically depicts a baseball team in a high school of yankee slackers.Childhood friends Tomu (Emoto Tokio) and Hiroshi (Morioka Ryu) want to play baseball, but by the time they entered high school the team was already disbanded. With no other options, they eventually became useless slackers like everyone else. Meanwhile, the principal (Bengaru) is trying improve the schools image, but to do so he reluctantly has to bring back the baseball team. Tomu and Hiroshi are bewildered when told by the principal to resurge the baseball team.