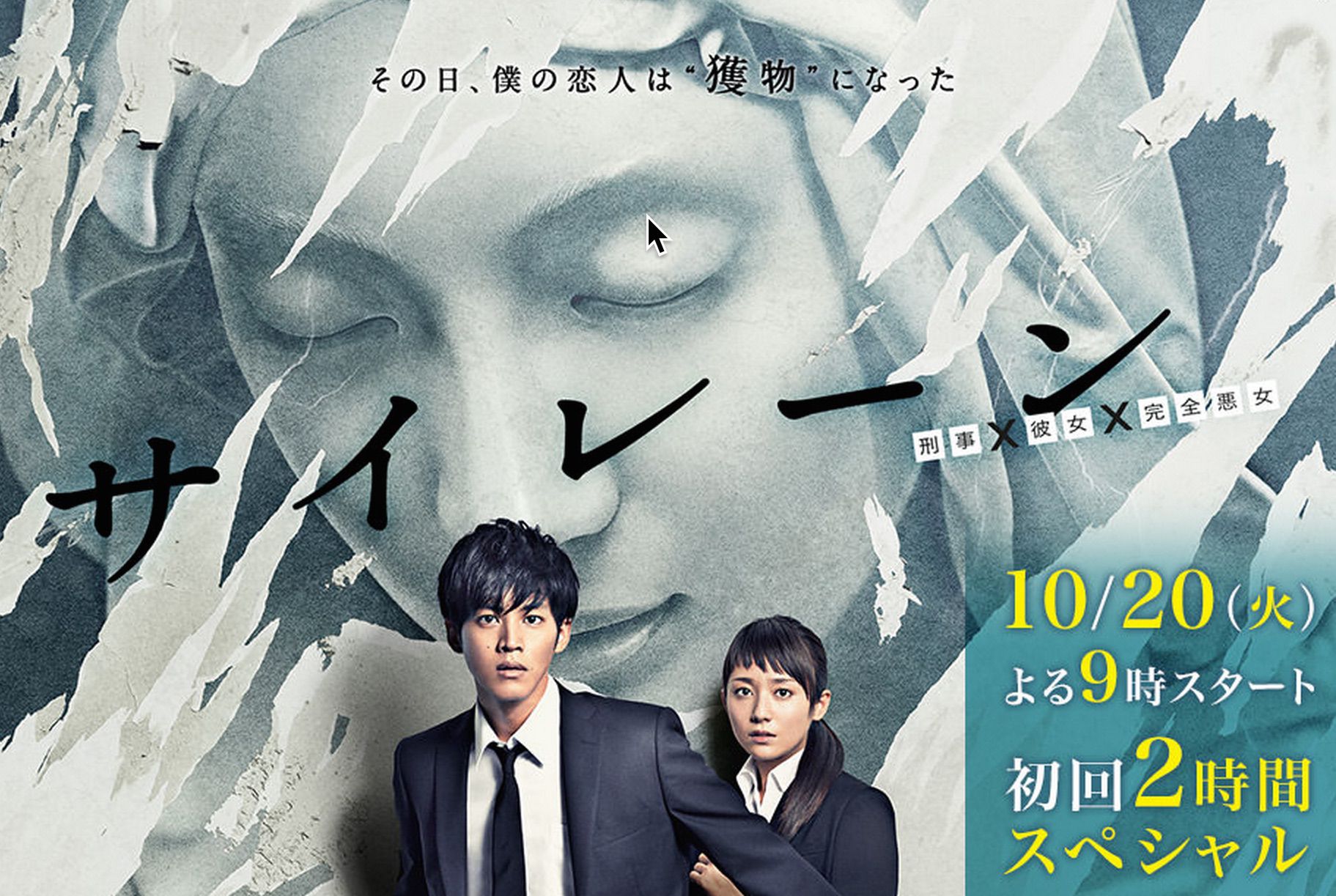 Shinobu Satomi (Tori Matsuzaka) works in the Mobile Investigation Unit of The Tokyo Metropolitan Police Department. The Mobile Investigation Unit conducts the initial investigation at all crime scenes. He works with Yuki Inokuma   (Fumino Kimura). They are a couple, but they keep their relationship a secret at work. They both hope to work at the #1 Investigation Station. One day, they meet beautiful Kara Tachibana at the site where a dead body was found. Kara Tachibana appears at the other crime scenes involving grotesque murders. She shows an interest in Yuki Inokuma. Shinobu Satomi thinks it's a bad sign for Yuki Inouma. To protect his girlfriend from danger, he struggles to find uncover the truth behind the serial murder cases and Kara Tachibana’s identity.

Director (Uchikata Akira) Jul 10 2018 8:06 pm Suisho no Kodo (Detective Kisaragi Toko) her acting was awesome but in this dorama I cant recognize her acting it seems like she another actress now I realize how important can be the

Yukari Nov 17 2017 11:14 am wow this drama is amazing, at 1st i just watched this because that rena cast but the story is good, interesting, the last 2 episodes made me think about whats actually happend, and i'm glad that my conclusion is correct just as its explained at the end lol

- Oct 17 2016 11:13 pm seriously this movie is really great. I like the plot and never expected that the thing will become like that. Satomi and Yuki acting skills. Good job but why the rating isnt that high, it should be 10+. Those who say boring must be dont like the slow of storyline heh. Dont worry about ending :) it's good tho

bluelysia Jul 26 2016 11:11 am I should say Matsuzaka Tori is perfection here! His character, his action moves, brain and all he is very perfect! One disappointing thing here is how the drama first depict Yuki & Satomi as great duo only to waste Yuki's character (and Fumino's good acting) at the end.. That aside, the drama is thrilling and it's my first time to see a psycho villain like Kara fell so "real" being portrayed.. kudos to Nanao about that!

shear Dec 20 2015 9:27 am It ends with a conclusion. Though it might be more teary, it ends up later plain. But the great actions & mysteries are proved! Love Tori & Fumino's act here. And they both have filmed "Kyou, Koi wo Hajimemasu" together before, although Fumino is not the main heroine. I think Tori fits action & detective theme perfectly more than love story.

Izu Dec 19 2015 3:14 pm The drama was AWESOME. This is the best watch in last season of 2015, trust me. You'll be curious with the early storyline, fed up in the middle for Kara's lies, and finally desperately shocked with the last eps. Tori and Fumino are great as always. I don't really like Fumino's style here (appearance), but Tori is.... Surely.... COOL. Not a waste to watch, definitely!

Faye Nov 07 2015 9:08 pm I thought this dorama would be boring. But I was amazed how the story turned 180" in the beginning of ep1 about the taxi driver attempted to kill Kara. And Matsuzaka Tori's action scene in here is cool too, although I have never watched Tori & Fumino in any film before. While watching, I kept saying "Please quickly catch the criminal, Satomi & Yuki!".

miyako Oct 11 2015 1:49 am Kimura Fumino wow-ed me with her acting as a vulnerable cop that I almost loved to hate in Ishi no Mayu, and now she's back with Matsuzaka Tori! Tori's been improving for the past years and I can totally see it. Hope they'll nail this, and it'll get subbed faaast!