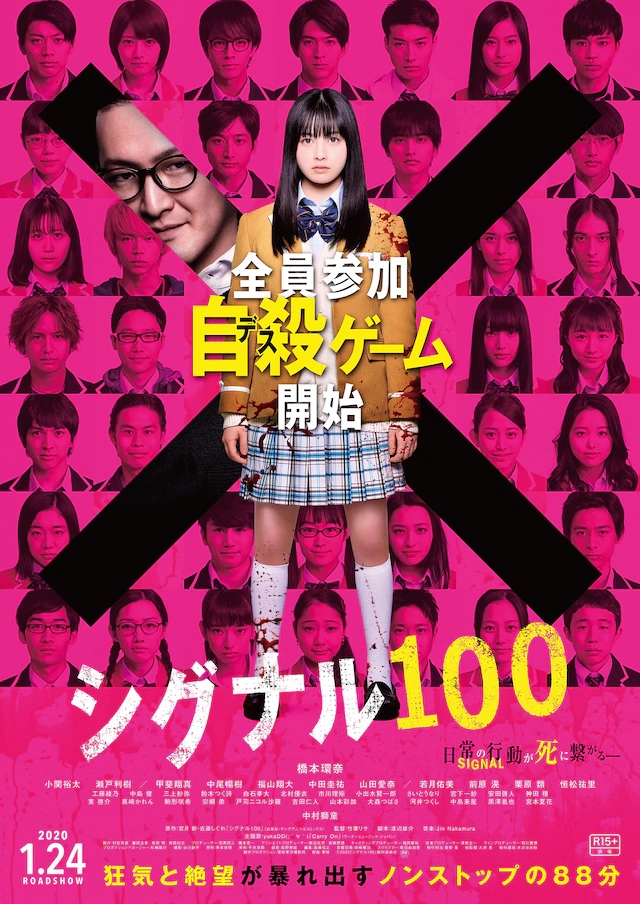 A homeroom teacher places 36 students, including Rena Kashimura (Kanna Hashimoto), under a suicide hypnosis. A 100 signals, consisting of ordinary behaviors like crying and laughing, will trigger these hypnotized students to commit suicide. Rena Kashimura, with her strong sense of justice, attempts to avoid this desperate fate. Under fear of death, the students become involved in a death game.

Alana k Jul 17 2020 4:32 am I recently watched this movie, I love it! If ppl have a weak stomach then this isn’t rly for you because there’s alot of blood? but other than that I really enjoyed the movie!??