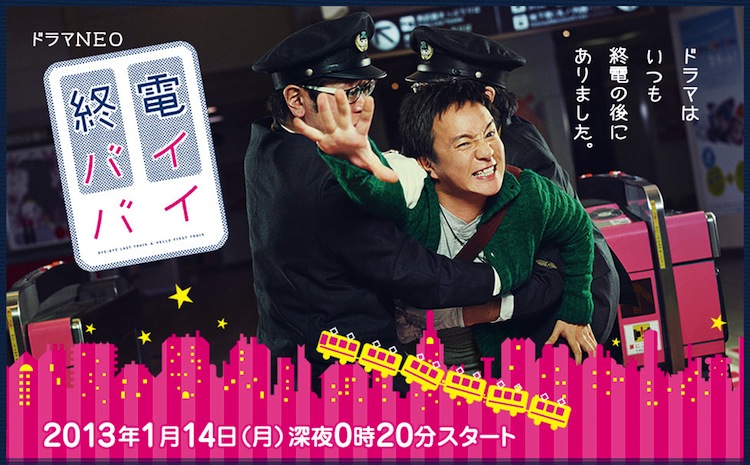 At midnight, near the Tachikawa Station, Sato (Gaku Hamada), still in his suit, runs to catch the last train. There are other men also running to catch the last train. At the crossroad, people are divided into two groups and they run down two different paths. Sato follows the group that goes down an alleyway Unfortunately, Sato can't get to the train station in time. The last train leaves in front of him. Sato then notices that the other men he followed have suddenly disappeared. He's alone now in the Tachikawa Station and doesn't know what to do.

Sato goes to the park and there sees a man. The man looks strange. Sato doesn't want to talk to him, but the man approaches him. Sato pretends to be drunk, but the man realizes Sato isn't drunk. Sato then spends the night with the strange man.