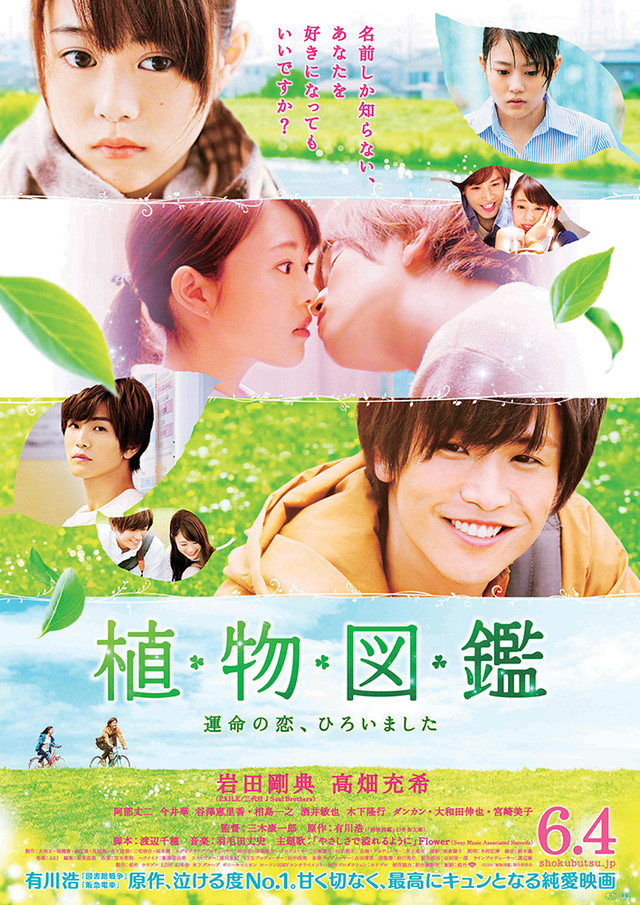 Sayaka (Mitsuki Takahata) works at an office. She's not very good at her job or with love. One night, she finds a man, Itsuki (Takanori Iwata), collapsed in front of her home. She takes him inside and they begin to live together. Itsuki teaches Sayaka about cooking wild herbs and collecting wild herbs, but he has a secret. 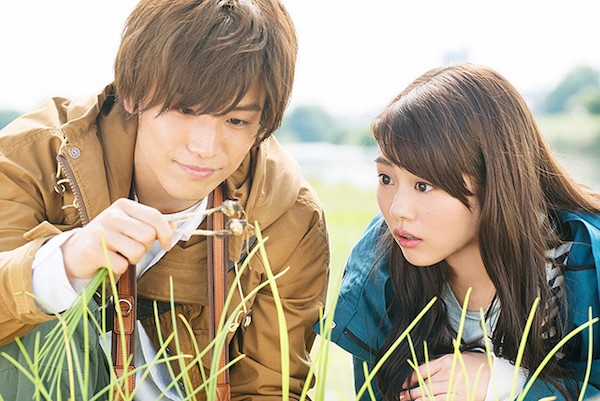 lil me Oct 02 2018 8:07 am superb love story, flawless, so moving beyond ordinary... love love it so so much! love the actor, the actress, the writer (novel & movie), etc... thank you for making it into a good movie! God blesses you all!

regz.... Nov 11 2017 12:07 pm simple romance ...simple sweetness...no overacting and exaggeration yet it goes to the heart deeply....its a heartwarming movie with heartwarming ending...

GN Oct 26 2017 7:12 pm yalls, Japanese movies/dramas are soooo cute and unique~ I wish people knew more about this movie and MORE japanese movies/dramas in general! This has to be one of the most cutest/romantic/realistic Japanese genre movie out there! I love watching these types of movies - wish they had more "NON HIGHSCHOOL" themed Japanese movies. They need more movies like this - people who work, adultlife, what its like in Japanese society. I like how this movie focuses on adults - a woman who is single, living alone, independent... This type of life - loneliness and depression is bound to happen. And it happens so often to people, who are single, living alone... I really like how this movie depicts non-stereotypical gendered characters - the woman doesn't know how to cook, and is an office worker, and works for her money. The man knows how to cook really well and his occupation is taking photos. Like isn't that just out of the norm - nonstereotypical! Usually its the guys that live alone and are lonely, but in this movie, the girl was the one who was.. I too, fear that... I've heard that in Japan, there is this societal issue where too many young people - 20s - 30s are single and living alone. This is so sad but realistic. And I like how this movie shows that - you can be more happier with a partner, in which after working a whole day, you can come home to someone, talk with someone, eat with someone, and enjoy your life WITH someone - making "home" more like home and filled with life and happiness. Being with someone fills the empty void. Great movie! Love the cinematography!

ARMY Sep 22 2017 12:55 pm This movie was veryyy good. The male lead was really cute. His smile melt me down. Not to forget the female lead was adorable as well. They makr a good couple. Please watch this movie if you haven't. You won't regret anything. Itsuki X Sayaka<3 <3

Jeka Feb 09 2017 2:52 am Evergreen Love is pure and mature. Just like any Japanese film, it takes on not the grandeur but meaningful simplicity of every moment, but what sets Evergreen Love apart is it's excellence in telling a story about the seasons of life and love. As a viewer, I was able to relate and grow with the characters, which was well portrayed by the actors through their intense and meaningful eye contacts. The scenes and angles were superb, making me anticipate a possible sad ending. Surprisingly, Evergreen Love sticks to it's refreshing story telling, making me believe that there is no plant name "weed". :)))

Ozzie Santagada Jan 31 2017 8:13 pm Director Koichiro Miki did a work of art. Nothing pathetic, nothing rude, This is the process of love: Itsuki must find first his freedom to become a man and to be able to love. Sayaka helped him to find his way without noticing it. The two suffered a separation needed to mature. This film is a jewel. Ozzie

Shiraiishi Dec 29 2016 10:44 pm A very beautiful movie~ and in real life they look so adorable together and seems very close

samachar Dec 27 2016 6:47 pm indeed an excellence movie for me. I enjoyed every moment like m watching a real thing. highly recommends

Ozzie Santagada Dec 23 2016 2:23 pm Simplicity and beauty. You'll find here an excellent film with two overwhelming actors. It's romance and drama as well. This movie is a must. Ozzie

Sixto Dec 03 2016 8:05 am Beautiful, fresh and the actress smile is to be remembered. You gradually get in love with this young couple and enjoy every minute of it. Simply beautiful.