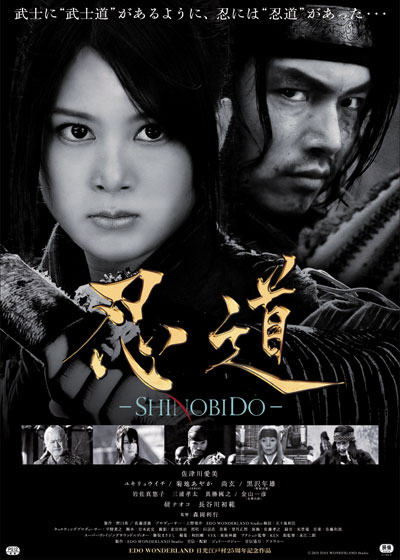 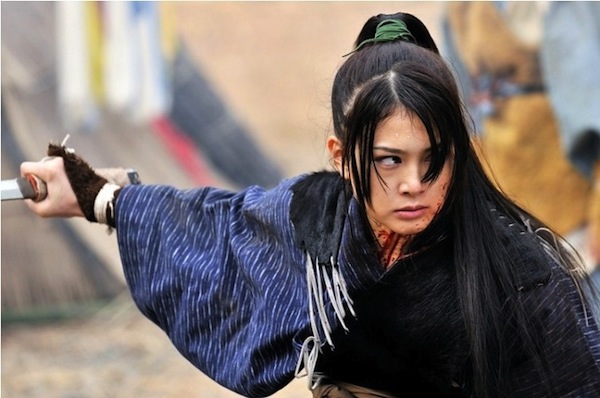 Bujinkan Shidoshi Oct 05 2019 7:28 pm Everyone will watch it with different eyes. For me, speaking as aknowledged of the art i practice everyday in my security office on a gov sector, this movie is quite good. Let me explain : On the good side : - shows true dilemns people did face while in the sengoku jidai (the warring states period) : anyone could be your worst ennemy as it was almost impossible to track back personal histories, overall speaking about the talented story tellers, and liers. - Family dramas were common, including because of poorness times with bandits (including the so proud samurai, once let alone) attacking food convoys, killing for pleasure (demency) or money (contractors). - Yes, a quantity of young people, often trained since they were kids to see life in a very enclosed and paranoid mindset, were able to abuse the natural confidence you naturally have towards them, and could be the "perfect innocent" that were trained to kill.

But here i must warn you on Holywoodian interpretations on history.. Since Bruce Lee died, all the "asian movies" (which were mostly about those almost magical ways of fighting and shouting - at that time) was endangered to disappear.. as much as the investments done. So they were more than gratefull to (re-)discover the Ninja tales , and to grossly exagerate and DISTORT the historical facts to comply with their desire to sensationalism. Later, they over exagerate the psychopatical aspect of the Mighty Killers to comply and compete with movies like Rambo and alike (Hello Schwarzy..how about Commando? ).

Ninpo isn't a spirit that likes death and destruction. It's exactly the opposite. It's a spirit that wants to protect life at all costs. That's why using smart tactics and manipulations was sometimes necessary to cut out dangers that were forming. More or less like we do nowadays with terrorism surveillance. Put some traps for the ennemies to unweil themselves.. and you can't build efficient traps if you don't know your ennemy, and it's methods. Ninpo is a permanent spiritual and physical refinement quest. It's always much more easy to destroy than to build, and those achieving great things often spent decades to reach those successes. But everyday is a chance to improve oneself, step by step, each time a little more. Without disregarding mistakes, as mistakes make us learn. On the opposite, if you are on a mindset of completely strict punishment at each mistake, and imput dishonor on it... you'll never have a long way, no matter how good at some tasks you would be. Everyone does mistakes. This is a part of life, but not the biggest one.

So, on the historical facts on this movie, there are some mistakes. For example,the shuriken jutsu wasn't practiced with specially shaped tools for that use. They were common day tools, that could plant into flesh when well thrown.. and thus, not being often thrown as you give them to your ennemy if they avoid it... Most of the time, you keep it. I won't be more precise. Kenjutsu and daken taijutsu are also wrong, on this movie, though they are nicely practiced for.. chambara disciples. There are dozens of reasons why you move the least necessary, and why a spear often wins on swords, which is totally unknown by this producer. Even a bamboo one.

In the end, i would highly recommend that each spectator gets a little more involved in learning about Ninjutsu and nowadays version, the Bujinkan - and to seek for true sources, as Masaaki Hatsumi and Stephen K. Hayes , for the truth on this absolutely wonderful and life oriented art.

Being a Ninja is being constantly seeking for peace and life protection. More or less as parents should do on their children. More or less as Christians do about the rest of the world, compared to fakely religious people that pretend that the creator of life asked them to kill other humans for him.... ..you perfectly know what i mean .

This movie is emotionnaly moving, not perfect but a hard worked nice realization, and if you have some japanese cultural basis, you'll be fast involved into the story.

Don't trust people that ignore that hattori hanzo was not alone on history.. they were plenty like him.. Daisuke Nishina was one, Sandayu Momochi another, and the list goes very long.. where Hattori Hanzo is just one piece - the one that Holywood named to make money.

Have a pleasant life. And if you seek for god, you'll reach heaven. And we'll meet there, after our lives here. Cheers !

Samurai Moviegoer Dec 21 2014 1:27 pm Fun Movie. If you like Kage No Gundan or Yagyu TV series, you'd half expect to see Hattori Hanzo show up somewhere in the movie. No, it's not Gone with the Wind or The Longest Day, it's more like a made for the big screen JAC TV type movie. Typical shallow plot with fun action. Aimi Satsukawa makes a great "shadow ninja" and the usual "hidden village" characters are fun to watch also. This could probably make a good pilot or first episode for a series of similar movies/TV shows (I'd prefer TV shows). I wouldn't want to be in a theater for 90 minutes of this, but it makes great rainy day watching on a TV/computer at home.

Clarkdale44 Apr 08 2014 2:02 am Well, another disappointment... I would recommend it to those with weak eyesight, because this movie is full of flaws. I don't need to tell you where, you may notice a lot even if you watch casually. Don't expect anything from this, camerawork is cheap so as the effects. Storyline is simple, two different clans fighting each other to survive their extinction. Main leads seems to like one another, even if they are from different clans bla bla bla....

I would say don't waste your time on this. I wasted my 1:30 hours for nothing