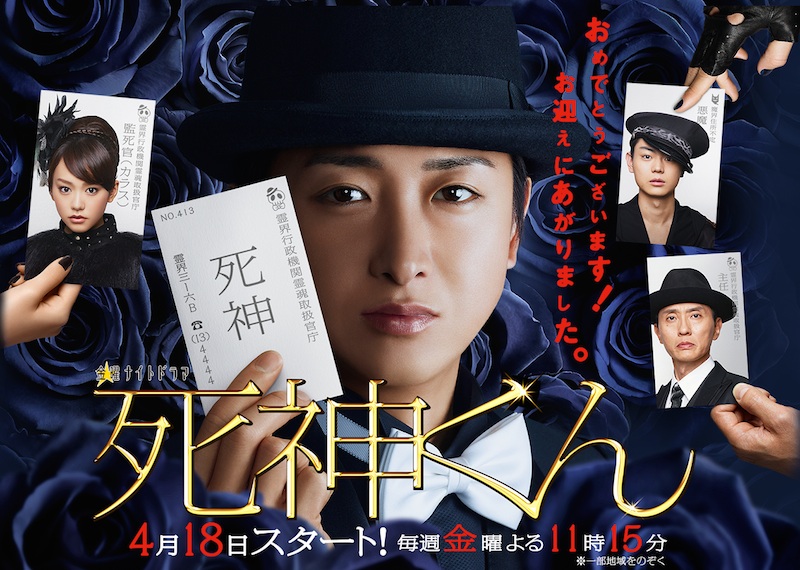 Shinigami Kun (Satoshi Ono) is an Angel of Death and he is sometimes called Angel of Death Number 413. He informs people of their impending death and then takes them to the spirit world upon their death. He wears a black suite and a bow tie and appears about 30 years in age. He has a helper (Mirei Kiritani) who appears as a crow in the human world.

Mami Kobayashi (Riho Takada) is a pretty high school student. Her face was recently burned in a fire, which leads to Mami attempting to jump off the rooftop of the hospital. At that time, Shinigami Kun appears and tells her that she can't die yet. Mami has one friend Fukuko Oonish (Sakurako Ohara) who cares about her. Prior to the accident, Mami was popular with the boys because of her beautiful appearance. Fukuko Oonish was the one who made Mami Kobayashi look even better because of Fukuko Oonish’s ordinary appearance.

Meanwhile, Fukuko Oonish tries to comfort Mami Kobayashi. Then, Shinigami Kun appears in front of Fukuko Oonish and tells her “You have three days to live. Hopefully you can live the 3 days without regret."