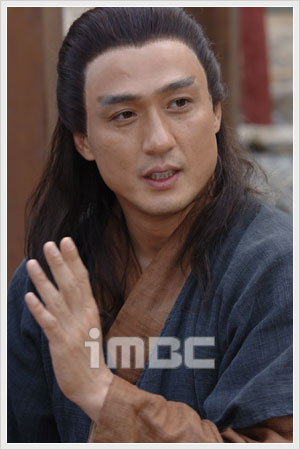 King Gongmin of Goryeo was taken by the Yuan Dynasty as a political hostage and was forced to stay there for 10 years before coming to the throne. After he became the King of Goryeo, he decided to make his country more independent. Shin Don was a Buddhist priest who enjoyed King Gongmin’s confidence. He was born as the son of a princess and a slave. Shin Don became so powerful that later he gained absolute control over the country. Though he was a Buddhist priest, he relied on political power more than compassion or loving kindness in order to survive the troubled times. He was an innovative philosopher who both despised and worshipped all the established ideas. While some people considered him a man blinded by greed for power, others believed that he was a true social reformer who struggled to revive Goryeo during a period of turmoil. This drama will introduce viewers to Shin Don’s ambitious life full of ups and downs, as well as the love and betrayal of King Gongmin and Princess Noguk.Shin Don is one of the most disputed historical figures. He could be a mere vicious Buddhist priest or he could be a hero. Since there are many different stories about him and the truth remains unknown, his life seems almost mythical. The drama portrays him as a schemer obsessed with power, willing to resort to trickery. On the other hand, it also shows him as a revolutionist who tries to create a democratic power structure. Religion was his ideal; however, it was also his tool of seizing political power and winning popular support.

doctorzais Dec 12 2019 3:48 am This is one of the greatest dramas of all time but not for everyone

GG Nov 03 2014 4:19 pm I now realize it was Oh Gun Woo who portrayed Prince Kunran (Qunluan). Sadly I just read of his passing in January 2011 from a car accident. I loved his acting in this and Iron Empress. I wonder why he is not listed in credits here. It was an important even though not a huge part. RIP and belated condolences to his family and friends.

Gasenadi May 16 2013 4:28 pm What a DRAMA! Jung Bo-Suk - seems there is nothing he cannot do and here, thanks to superb writing and characterization and directing, EVERYTHING, he absolutely shines. Shin Don, played by Son Chang-Min, is also a complex and multilayered character. This world, rooted firmly in its historical period, is nonetheless a mirror to our own "modern" times. Each character represents a nuanced person as well as a sector of society. How these groups interact, cooperate or clash resonates for me in an uncanny way. I can associate present-day groups and interests influencing society in some of the ways they do in Shin Don. A truly eye-opening experience!

Rudolph Dec 06 2012 4:12 am I enjoy the show shin don/ slave hunter ,the English sub title is good but sometime is taken away too fast before I could finish reading I wish it was in English with a Korean sub little by the way I think I am also in love the the lady that the daegil (young master) is in love with, she is so beautiful and ladylike.

jesse acuna Sep 28 2012 7:14 pm I highly enjoy all Asian Drama and Comedy sub titled movies........ The actors seem to act in a more realistic maner and professional than other actors in the world. I have been to Beijing and hope to one day return and would not mind living there.