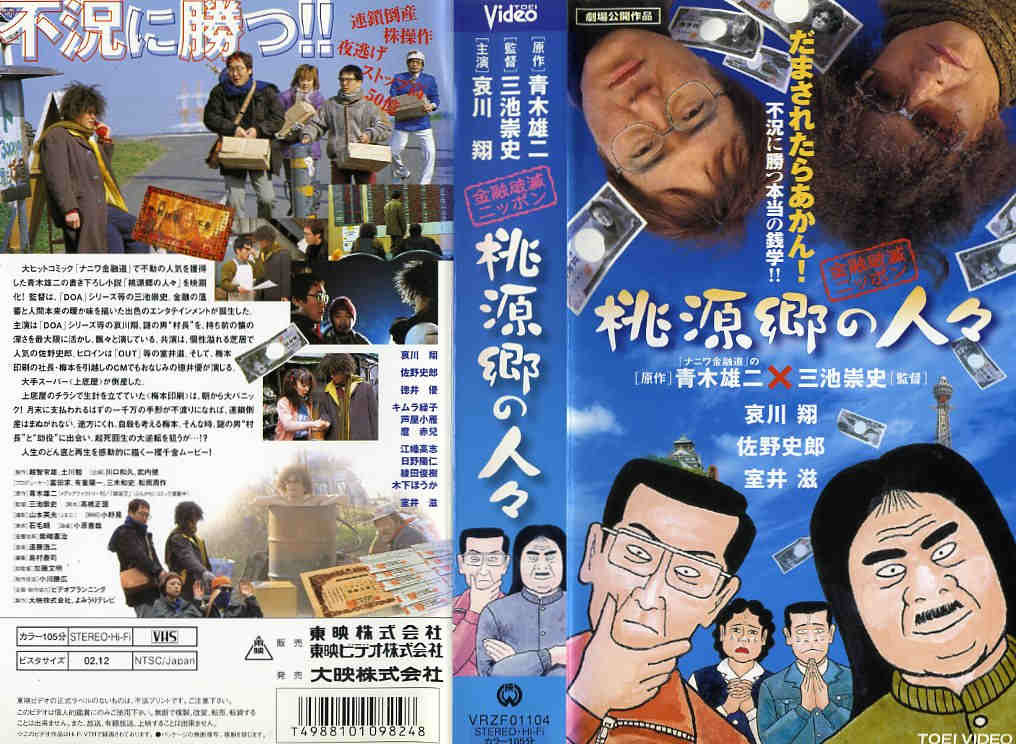 A small printing company, Umemoto Insatsu is located on the edge of Osaka. Umemoto (Yu Tokui) who is the owner of the company is living in peace with his family, but suddenly, the peace is broken. The biggest client, Uwazoko-Ya is bankrupt, which means that the payments from Uwazoko-Ya to Umemoto turn into dishonored bills. Umemoto rushes to the president of Uwazoko-ya, Mr. Kourishima (Akaji MARO) to get payment, but Kourishima ignores his pleas. As a result, Umemoto looses his money and house, and wanders around blankly.

A homeless peoples’ community called “SHANGRI-LA” lies under the bridge of the river Yodogawa. An ex-assassin who is called the “VILLAGE CHIEF” (Sho Aikawa), is economically astute and respected by all of the “villagers.” All the villagers are living free and comfortable under his protecti n. But, one day their calm life is suddenly interrupted. Tons of industrial scrap is illegally dumped on the village. Eventually, the bankrupt Umemoto joins this village, Shangri-la.

Then, under the command of the Chief as the leader, Umemoto and the people of Shangri-la decide to fight for vengeance against Kourishima and Uwazoko-ya organization. Thus, a money con-game begins!