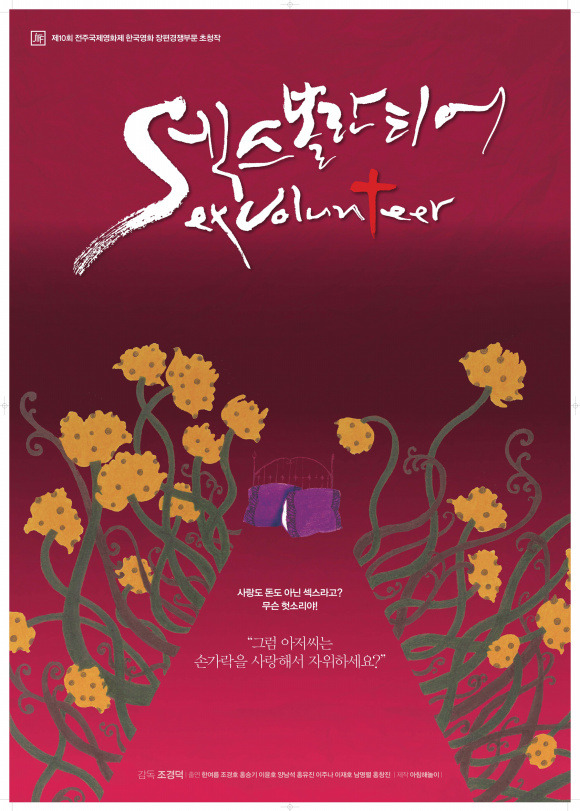 In the fictional story of "Sex Volunteer: Open Secret 1st Story" the police are tipped off of a sex trade occurring at a love motel. When the police arrive they arrest young filmmaker Ye-Ri, a handicapped man with cerebral palsy named Cheon-Kil, and a Catholic priest named Father Jin-Woo. During their trial it's revealed that the act in question was a volunteer service performed by an organization that offers sex to the disabled ...

Cheon-Kil is a disabled handicapped person who is also a poet. Knowing his death is imminent and becoming more frustrated with his social life, he turns to Father Jin-Woo and confesses that he would like to experience sexual pleasure for the first time. The priest considers his request and then encounters young fimmaker Ye-Ri. Ye-Ri has just finished a documentary on prostitutes and now wants to create a film about sex volunteer service using her own experience ...