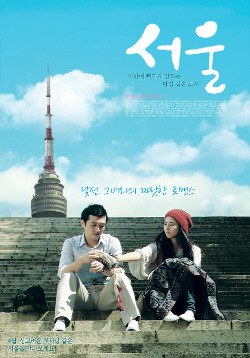 Director Yun is set to film a romantic film titled "Seoul," set within the capital city of Seoul, South Korea. Yun has scouted various hidden gems in the city and has finished casting for the film. Everything looks ready to go, but then Seong-Jin steps down as the main male lead. With only one week before the film is set to shoot, production staff member Chae-Man volunteers to take main lead role.

In the film, Chae-Man walks along the streets in Seoul and notices a female traveller Ji-Hye, whom he falls instantly in love with. Ji-Hye was adopted and lived abroad for most of her life. She slowly warms up to Chae-Man, while Chae-Man is giving Ji-Hye directions. For Ji-Hye, she has just finished her short trip and is set to depart ...