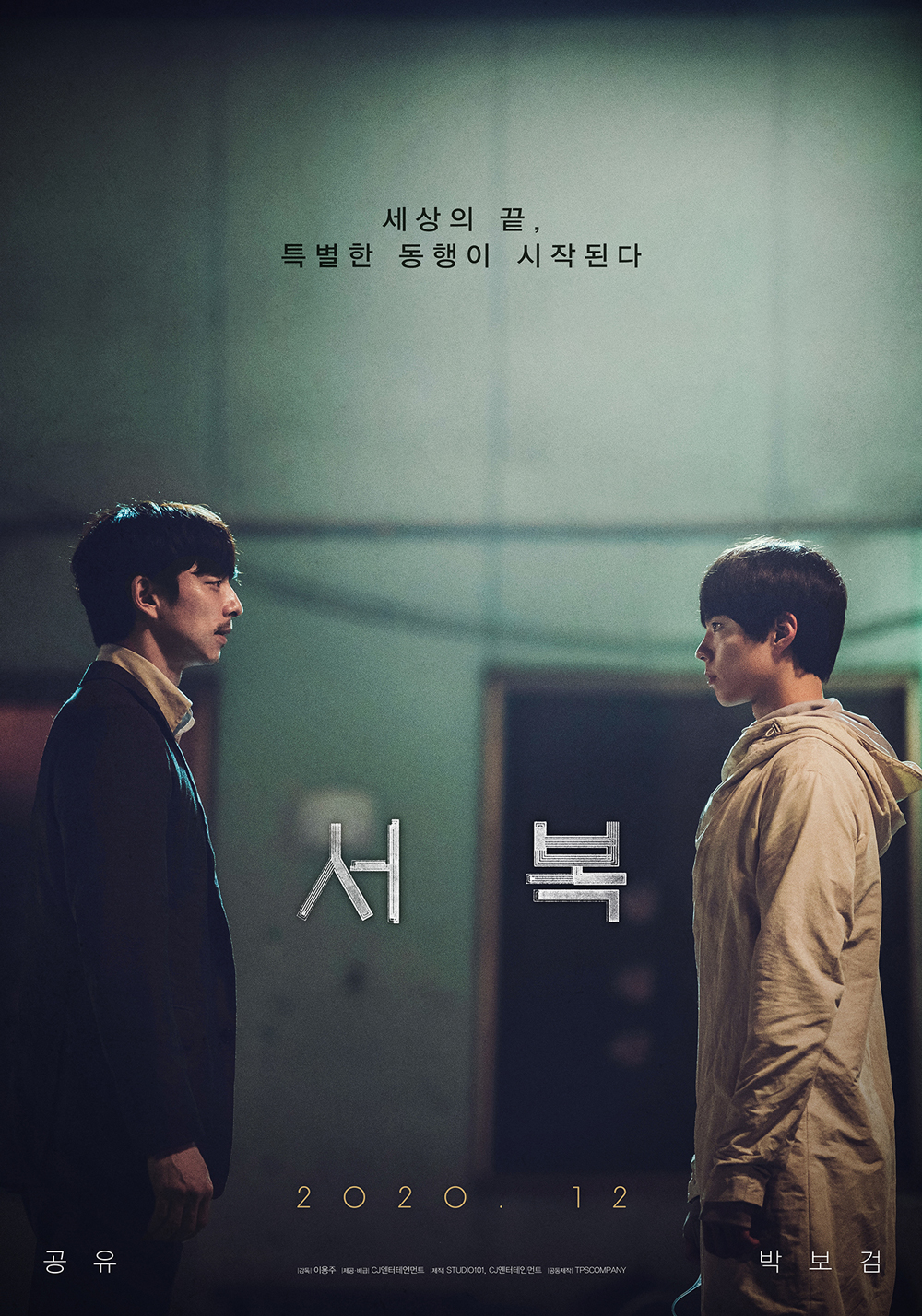 Ki-Hun (Gong Yoo) is an ex-agent of the intelligence agency. Seo Bok (Park Bo-Gum) is the first human clone ever and he possesses the secret for eternal life. Ki-Hun gets involved in dangerous situations due to several forces who want to take possession of Seo Bok.

Rokstar Nov 17 2020 10:25 am Another masterpiece film by architecture director. All the best

Kriz Oct 26 2020 5:55 pm Waiting for this!!! Hope this come out early in Philippines. Excited to watch this 2 great actora together! Amazing!

Bogum Supporter Oct 15 2020 6:45 am I hope they release it soon. Since some countries couldn't open the cinema, I hope they also will release it in Netflix just like #Alive. But I really hope to watch it in Cinema. Because the vibes will be totally different.

Noonaloveskdrama Oct 11 2019 3:15 pm Seobok finally finished their shooting. Thanks to everyone who put their efforts. May this movie be a top level box office hit. PBG and GY fighting.

sf Mar 28 2019 8:57 am I'm very pleased with these two actors. If it is possible, please do not cast any main actress for this movie. I don't want the movie to be ruined.

Panda Oct 14 2018 11:55 am Omg! Park Bo Geum should play the Clone, a beautiful tortured soul kind of thing, once again we'll have a beautiful duo on our screens like in Goblin

Planetoceng Oct 11 2018 8:06 am FINALLY! Wow im so happy while reading the news about him casted in a new movie! Can't wait to see it. Hopefully he will cast in a drama too soon. Love you, Gong Yoo Oppa

Maninder Kaur Oct 11 2018 3:44 am Finallyyyyyyyy He is coming back in a movie!!! I loved the plot... Hopefully it come by next year sooooonnnnnn! Gong Yoo oppa please consider to do a drama next year !!