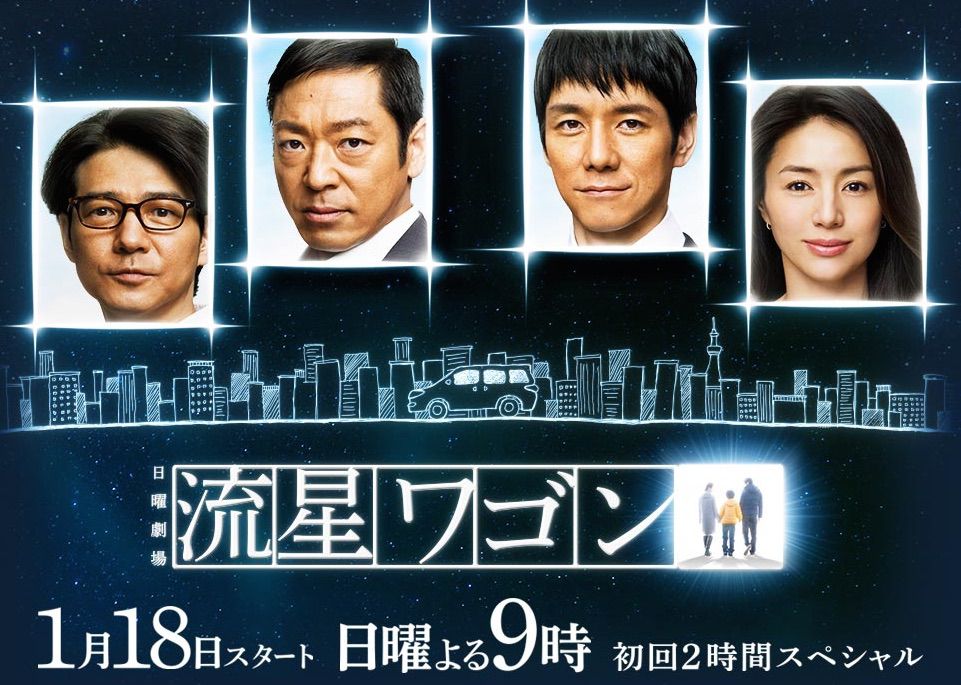 Kazuo Nagata (Hidetoshi Nishijima) gets laid off from his job. His wife, Miyoko (Haruka Igawa), asks for a divorce. His son, Hiroki (Kota Yokoyama), commits domestic violence. Kazuo experiences troubles with his father, Tadao (Teruyuki Kagawa), who is suffering from terminal cancer.

Kazuo sits on the beach and thinks about all of his problems. Suddenly, a wine color wagon appears. The driver is Yoshiaki Hashimoto (Hidetaka Yoshioka), who died 5 years ago. Yoshiaki’s son Kenta (Serai Takagi) is also on the wagon with  Yoshiaki. He also died.

Kazuo gets on the wagon and has a look at all the important places in his past. He realizes what went wrong with his wife and son.

lolsomany Dec 05 2017 3:26 am this drama is really sad. it told us to appreciate our dad especially when u never know his story. this drama really touch my heart and a bit superior than one liter of tears