Season in the Sun 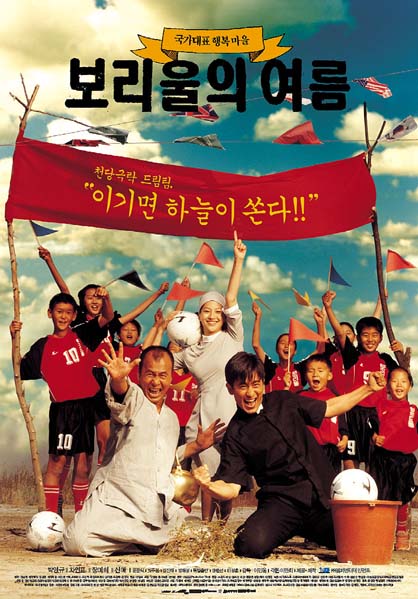 Father KIM and Hyung-woo, a sixth-grader, travel together to the quiet village of Boriwool. Kim is going there to start his priesthood as pastor of Boriwool Church, Hyung-woo to see his dad Woon-ahm, who left his family six years ago to become a Buddhist monk. Hyung-woo feels awkward with his dad and becomes bored with living in the country. Father Kim also finds some of his flock quite antagonistic to him.

Meanwhile, the village kids coached by Woon-ahm play the church orphans in a soccer match. After the orphans are beaten soundly, Father Kim begins coaching them. They become friends in the process. Hyung-woo also becomes friendly with his father playing soccer for the victorious side. After a fiercely-contested return match the two teams merge to challenge a team from the nearby town.