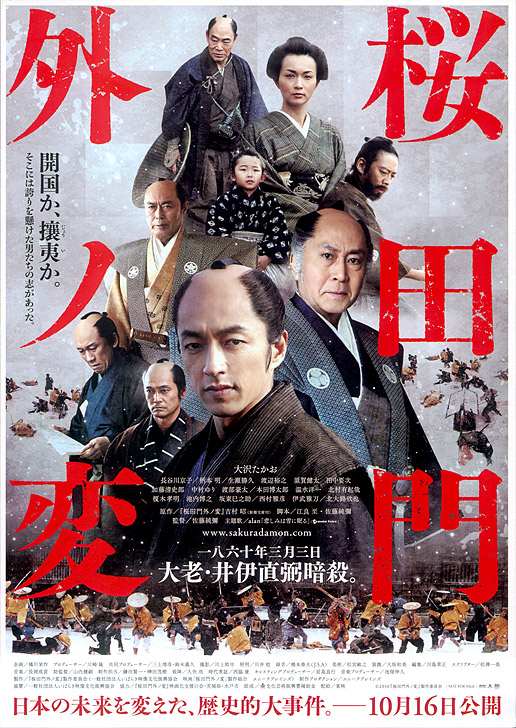 The attack on Ii Naosuke is set for March 3rd. Including Seki Tetsunosuke, there are 17 samurai from Mito Domain who embark on their mission and a samurai from Satsuma domain, Jizaemon Arimura (Minosuke Bando). Their leader Magojiro Kaneko (Akira Emoto) forms their plan and instructs Seki Tetsunosuke to lead the others to carry out the plan.

On the day of the attack, Tetsunosuke and his party gather at Shinagawa Atagoyama and head for the Sakuradamon gate of Edo Castle for their attack. The battle begins ...