Sakura Guardian in the North 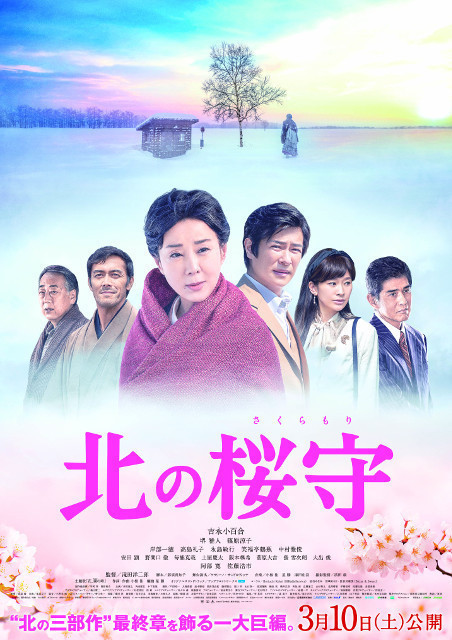 In August, 1945, the Soviet Union invaded the area around Sakhalin Island. Tetsu Ezure (Sayuri Yoshinaga) escaped with her two sons from Sakhalin Island and arrived in Abashiri City, Hokkaido Prefecture, Japan. What awaited for them was extreme cold weather and famine. They worked very hard.

In 1971, Tetsu’s second son Shujiro (Masato Sakai) returns to Japan after finding success in the United States. He visits Abashiri for the first time in 15 years. His mother Tetsu Ezure lives alone there.

Sefyee May 10 2018 9:39 am Such a unique way of storytelling~ stage interject with film. Storyline is unique and heartwarming. The main actress ,Sayuri Yoshinaga and the main male lead,Masato Sakai and the supporting cast are great at subtlety which makes this film even more engaging. Although it's slightly over 2 hours, the pacing is on~point. Definitely a must~watch for those who appreciate poignant subtlety and understated artistry.