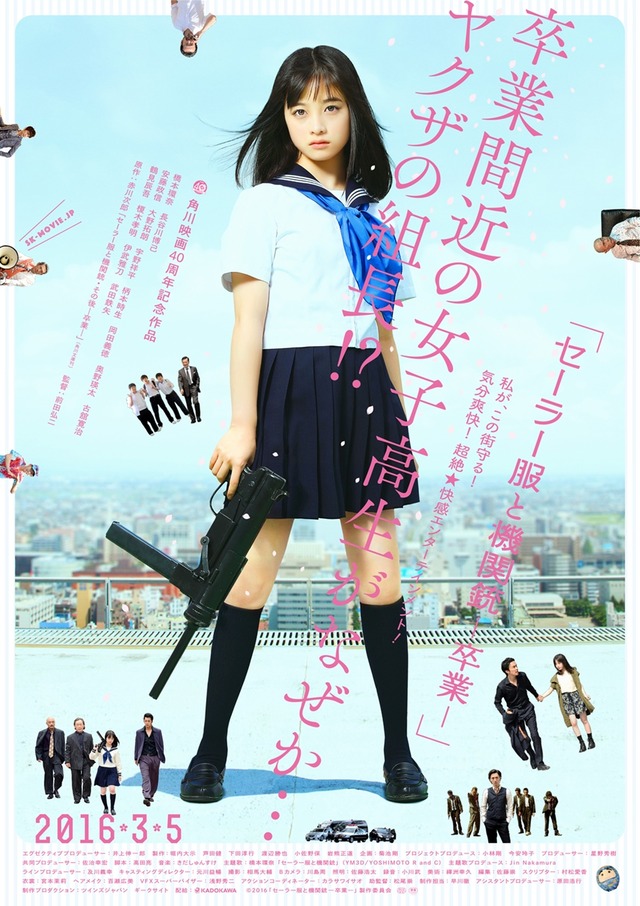 Izumi Hoshi (Kanna Hashimoto) is senior in high school, but she led a small yakuza group in her past. After killing her uncle's murderer with a machine gun, her yakuza group disbanded. Izumi now lives an ordinary life as a high school student and works as a manager at a cafe. A dangerous situation soon awaits for Izumi. 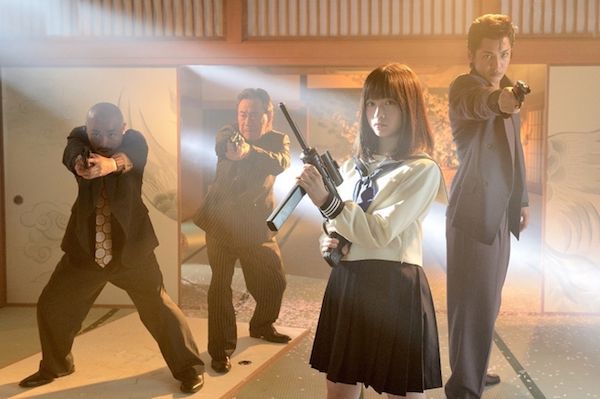 Himehime Jun 13 2020 7:55 am It’s rare for me to leave comments like this usually I like the movie that I watched whenever I do this. I agree with Pikachu.

I will say that she got this innocent face but I am looking for that badass personality mainly because this movie involves (obviously) with yakuza. Somehow, Kanna-san is an idol to which I won’t blame her for this because they kind of make her innocent and pure throughout the movie (probably bc they want her to maintain that character for future projects) I must say that I am quite disappointed with this. The fact that this Izumi character can’t even hold a proper gun, can’t fire it and can’t even hold a single bullet shot is just a big ?

I am also looking forward for her to snap out of character/trigger her trauma because of her uncle but for the whole hour it didn’t happened. I can’t feel the leadership on her character however I won’t lie, she suits this Izumi character IF they made/allow that badass personality to come out. She got that glaring eyes and she could just snapped any time soon but welp can’t help it’s on the director

Pikachu Oct 01 2017 3:16 am I watched this and I really dont like the main character. They tried to make her like she’s tough and everything but truthfully she’s just stupid. Being a yakuza leader and trying to expose the bad things other yakuza did, but not having a solid plan and then making everyone around her die. She’s nothing without her underling, not able to protect herself, acting tough and all but her underling are the one who have to sacrifice themself to protect her. Even the fighting scene look stupid, seeing her just holding the gun without firing them while her underling got shoot. This is just stupid and i feel disappointed all along the movie.