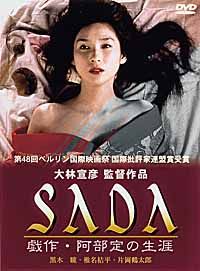 "Sada" follows the entire life of Sada Abe. From the age of 15 when she was raped, to her descent into prostitution, and the crime of passion which became a national sensation.