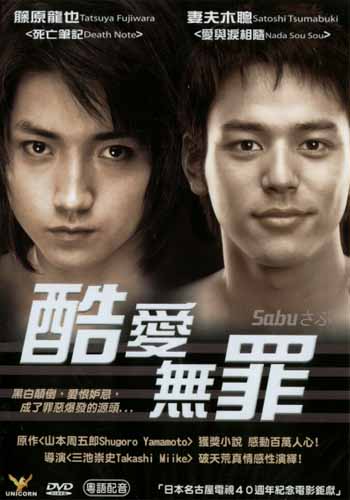 Sabu (Satoshi Tsumabuki) and Eiji (Tatsuya Fujiwara) were best friends since they were small. They served as poor trainees in a traditional umbrella store. When they grew up, it was time for them to turn on a new leaf and live on their own. Unforturnately, Eiji was falsely accused as a thief. He was then isolated in a deserted island and forced to work as a coolie. Eiji was very angry and upset. He kept on thinking of ways to take revenge on the person who falsely incriminate him. During this period, Sabu kept on supporting Eiji and visiting him in jail. At the beginning, Eiji was jealous of Sabu and became hostile to him. As time went by Eiji met many pals in the jail and they worked hard to fight against many difficults. Finally, Eiji learnt to compromise to his fate. After many years of isolation, when Eiji was about to recover his freedom, a cruel fact was revealed to him by Sabu and it drove Eiji crazy.....