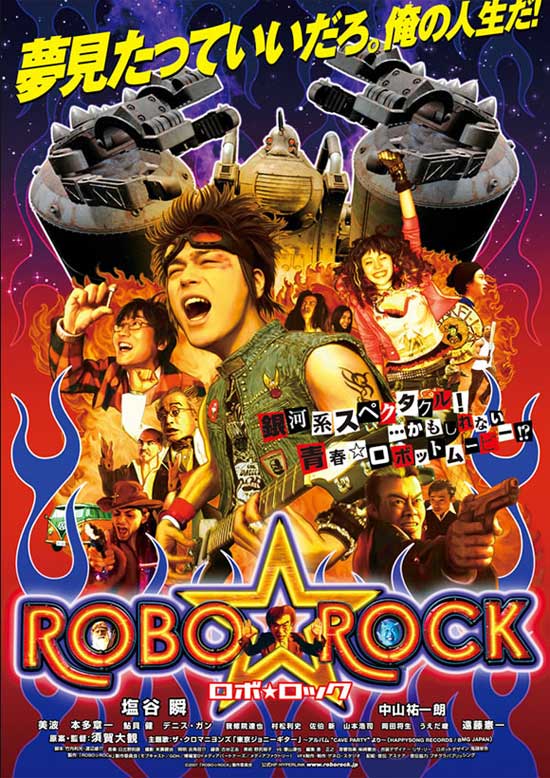 Masaru, a 23-year-old who has a passive attitude toward life in general, professes himself as a “genius odd-job-man” but is screwing up all of the time. He is freeloading off his girlfriend Kiriko, who works as a tattoo artist. One day, he is offered to do a rather eccentric job from an otaku-looking public employee named Nirasawa, who claims that Masaru’s voice is necessary in activating a giant robot named Land Zeppelin. He goes on straight-faced that the Earth is about to be attacked by Saturnians, and the robot is necessary in the fight against them. At first, Masaru ignores this far-fetched story, but one day he is framed in a dangerous job he takes on together with his friend Kou, and is driven into a tight squeeze. What will happen to Masaru? Does this robot Land Zeppelin really exist?