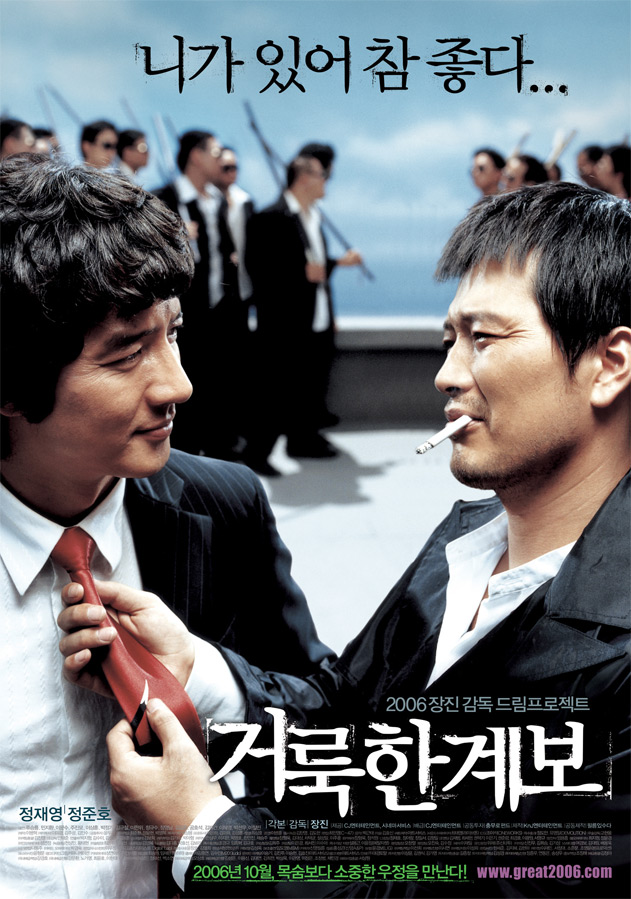 Chi-Sung (Jung Jae-Young) is a legendary slasher in the local mafia world. Beside him is his friend for life, Joo-Joong (Jung Joon-Ho) who has followed him into the ganster’s life. Faithfully following the orders of the mob to threaten drug trafficker Choi and contain him for his prized skills of manufacturing drugs, he takes full res- ponsibility and is taken into custody. While at jail, he finds his other close friend Soon-Tan (Ryoo Seung-Ryong), whom he thought had died.

Joo-Jung is perplexed with Chi-Sung in jail. Then one day, rival mob leader Sung Bong-Sik (Lee Han-Wi), who had lost one of his legs to Chi-Sung a few years back, takes revenge by killing Chi-Sung’s parents, and with politics in mind, the mob betrays Chi-Sung by ignoring the incident. Joo-Jung is sickened by the mob’s actions, but also thinks that he should stay loyal to the mob who had raised him.

Having been loyal to the mob for a decade, Chi-Sung is in rage with the betrayal. He decides to break out of prison with Soon-Tan and a few followers, in order to take revenge on the mob. While trying various ways for the escape, the group come across the most unusual jailbreaking method, and succeed in becoming free.

With vengeance on mind, Chi-Sung finds his way up the ladder to the mob’s leader Kim Young-Hee (Min Ji-Hwan), and comes across his friend Joo-Jung. With loyalty and friendship at stake, Joo-Jung has to make up his mind – to have Chi-Sung turn back, or risk his life to fight his best friend. 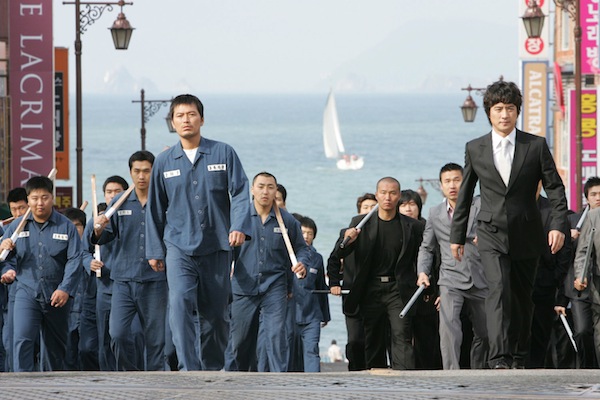