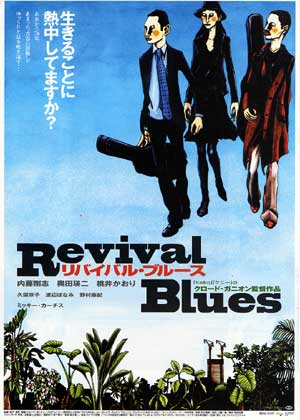 In late 1970s, a blues band broke up. The members went on to separate lives. 26 years later, Ken, one of the band members, comes to Okinawa. He uses this business trip as an oppotunity to see another band member Yousuke. But Yousuke's attitude is rather cold, because he believes Ken is responsible for the breakup of the band. Yet, Ken frequents to Yousuke to persuade him for the reunion of the band, just for one night stand. He named it 'Revival Night'. While Yousuke is gradually tempted to get back the feeling of his youth in 1970s, he is diagnosed to have a terminal cancer. Yousuke decides to join the project. After officially marries to the woman he has lived with, he comes to Tokyo to spend the last days of his life. With other members joined, 'Revival Night' is successfully done. But Yousuke's condition is apparently getting worse. Ken takes holidays, determined to take care of him till the end in his own apartment...