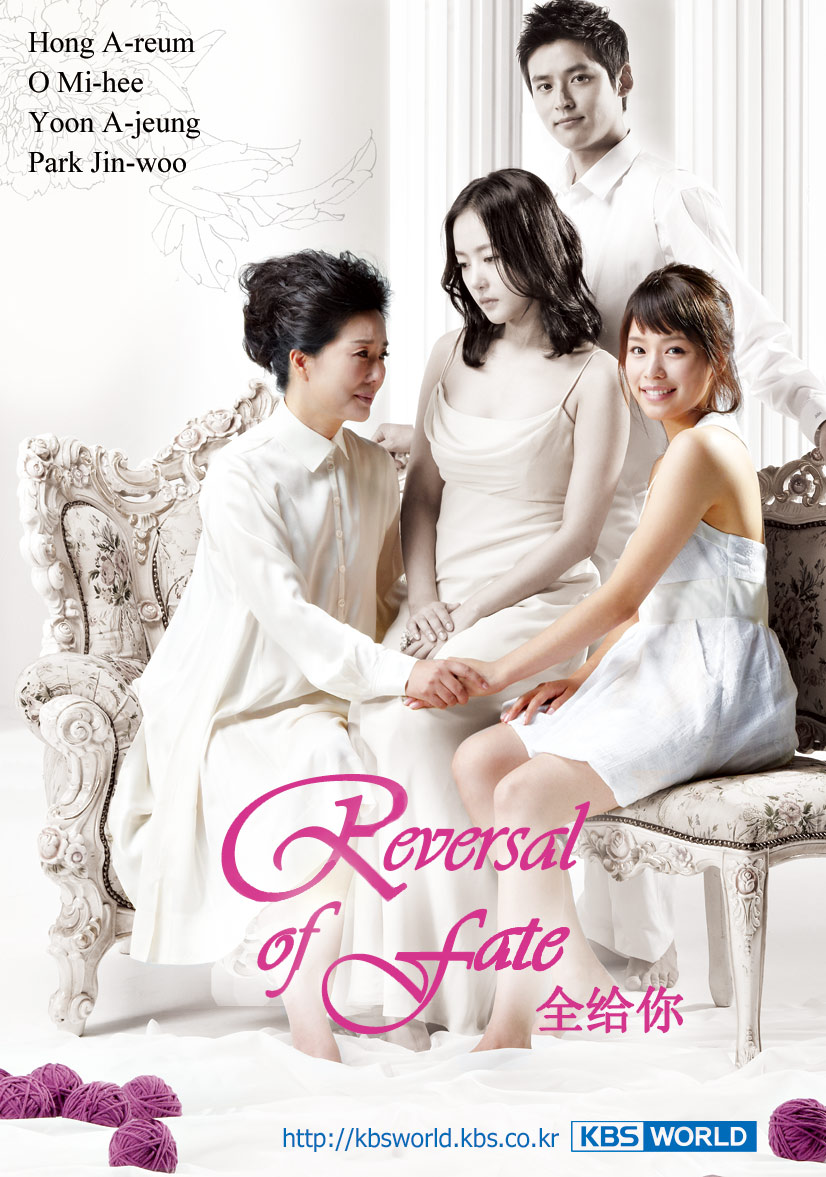 27 years ago, Kang Bo-Young (Oh Mi-Hee) started her career as a teacher in a small village. She met Kong Jung-Kil (Jung Sung-Mo), who seemed like a respectable gentleman and their relationship developed into a romantic relationship. Jung-Kil even promised to marry her at some point and, not long after, Bo-Young became pregnant with his child.

Bo-Young then learned to her horror that Jung-Kil was actually married to another woman. Furthermore, Jung-Kil's wife Yong-Shim (Kim Hyeon-Kyun) and her mother-in-law confronted Bo-yeong about her pregnancy and even assaulted Bo-Young in front of Jung-Kil. At this point Bo-Young swore she would get revenge some day.

That opportunity arose shortly after Bo-Young delivered her baby in the hospital. Fate had it that Jung-Kil's wife Yong-Shim also gave birth to her baby in the same hospital. Bo-Young then took advantage of the odd twist of fate and switched their new born babies in order for her own daughter to grow up in an affluent family and to exact revenge on the man who betrayed her and his wife who asaulted her. As the two daughters grew up, Bo-Young felt indifference towards the girl she raised, while wishing nothing but happiness for her true daughter.

It turns out that the fate she decided for her real daughter was reversed when her real daughter grew up in a family filled with debts and suffered many hardship while the girl she raised lived in comfort and luxury as Bo-Young married the director of a hospital.

zombie Feb 28 2018 3:38 pm i just finished this drama i came to this drama cuz of the lead female ah reum lately i have been watching 3 or 4 of her dramas in succession i became a big fan of hers but in this drama she was totally outplayed by namjoo which i completely fell for her and also fell for her mother bo yeong and really felt pitiful for both how can life be so adverse for them i really felt sorry and cried a lot for them the last episodes were so sad i didnt expect bo yeong to die i was crushed when she died i wanted both of them to share life together and live happily full of healing and foregiveness with lots of love but it wasnt to be how depressing was that now i became a big fan of namjoo and bo yeong and will be looking for her dramas this drama was excellent and i highly recommended

Elsa Morgan Aug 20 2014 2:34 pm I'm really like Nam joo.She may probably be selfish and evil,but she's a poor thing.I think her loneliness made her to be bad.She didn't get her mother's love but she got everything.But that's not true at all.Becuz she've missed the greatest thing in her life.That's a real mother's love.She can't even get her mother's warm looks.N everyone blamed her.No one believe her. We can think she got riches,grandma's love,father's love and brother's love but she've been sent to foreign country since she was 13.So,she has no time to live wif her family closely.She'll never get family warmth.At the final episode,she's going to crazy.This is all Kang Bo Young's faults.Young Hee is not a poor girl.She jux not rich.But she got the real family life.

doramafan Jul 10 2014 11:42 am The plot of this drama is good and although there are some "holes" in the development of its screenplay, it's overall very good. I really can't understand why people stays by Cha Nam-Ju side! Unbelievable. She is mean, selfish, evil and nothing justifies her behaviour, because if her supposed mom didn't give her love, she was surrounded by family's love: grandmother's, brother's and father's, while, on the other hand, Bok-Sun struglled all her life and faced many dificulties and even so she is positive and kind hearted. I really dislike Cha Nam-Ju character and can't feel sorry for her even a bit. On the other hand I appreciate very much the Kang Boyoung role.

Khing Kyu Sep 12 2010 12:45 am I Like OH MI HEE character, and how shall I say my attention to oh mi hee. She is very charming in korea actress of women. If bo-young cry,I can't stand which broke of my heart.So, don't cry my lovely.

emilynaing Sep 10 2010 7:27 am I love Oh Mi-Hee character and her face . I like Korean soap operas among them, especially I like this movie.

Dyna Jun 10 2010 10:50 am i missed out the final episode. whoever recorded the final, pls pls pls email it to me. its driving me crazy not knowing the ending. i love watching this drama. and i really want to know the ending...

iamadramaqueen Jun 08 2010 7:23 pm i missed out the final episode. whoever recorded the final, pls pls pls email it to me. its driving me crazy not knowing the ending. i love watching this drama. 'Nam Joo' is a superb actress!!!

Li hwa Jun 06 2010 6:35 am How do I get to watch the movies with my iPhone I had tried but only got the page can anyone pl advise me thank you

ืำninew May 26 2010 7:52 pm My favorite series on Reversal of fate much like OH MI HEE I received a BO YEONG KANG. Because you play very well. Chapter she appears to play a cruel person, but she was really kind. I enjoyed the time as she smiled her beautiful smile. If this Series to end I used Thai TV Channel 3 broadcasts.

aquacool May 17 2010 2:51 am i just started watching this drama recently and i am hooked! can i ask why wasn't yeonghui allowed to marry kangho, given her real birth identity? i missed that part when she turned away the wedding, and am wondering why. any advice? thanks in advance!

vivi May 10 2010 12:21 am i think this drama to long better if a drama less than 30 episodes if too long will make the story not good but i still like this drama

Jayanti Apr 30 2010 11:04 pm I love watching this drama as the actors are very versatile and their acting is soo natural. Love the storyline. I am a Indian by birth but love Korean dramas and Korean food. The men shown in the dramas are soo romantic and nice.

sc Apr 07 2010 9:54 am I'm so addicted to this story. There are so many part that are not convincing and this can be irritating but I can't seem to live right without my daily dose of it. It's always got me craving dumpling or soup, and everything else they're eating!

Raqib Apr 04 2010 11:32 am In episode 43, when Bo-yeong is at the restaurant with her mother, isn't that the Spirited Away ending credits playing in the background? o_o

vivi Jan 30 2010 9:45 pm I love this soap as soon as I've spotted it on Korean TV channel. The story line is well plotted and characters are nicely created. I am really enjoy watching it. Hope this one will not like the other Korean soaps that drag too long and become boring at the end...

cyan333 Jan 21 2010 12:04 pm I love this show. But unfortunately it's made me obsessed with that white flip phone with the silver circle that belongs to the mother who owns the restaurant. I looked all over and haven't found the make and model of it anywhere. :(

naminami Dec 28 2009 8:52 am I love this drama :D been watching it since day one and I have to say yeong hee & kang ho make the cutest couple!^___^ wouldn't be suprise if ah-reum & jin-woo are really a couple kekeke *winkwink

))) i love this drama... i was confused at first, but then everything started to make sense :}....who wouldn't like it?

nissa_amas_katoj Dec 16 2009 11:01 am I just watched episode one on KBS America on Dish Network, and I thought it was a very promising beginning and the young heroine of the story, Yeonghui, seems like the sort of character I will really enjoy watching through this series.