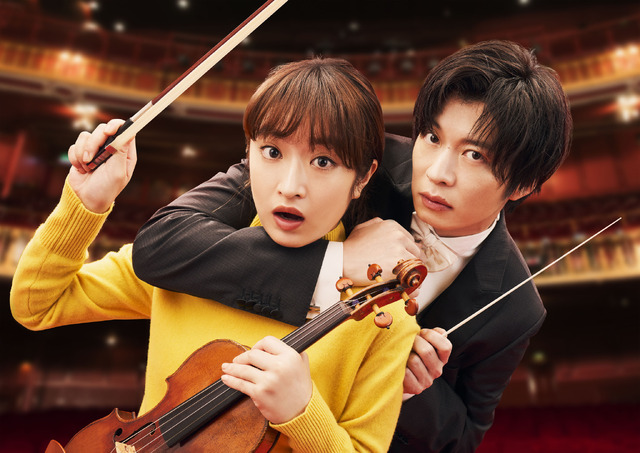 10 years ago, Hatsune Tanioka (Mugi Kadowaki) was a famous young violinist. She won many international music competitions and performed with prestigious orchestras. For some reason, Hatsune Tanioka decided to walk away from her career and never perform on stage again. Now, she is 28-years-old and works as a public officer in Nishi Ward, Saitama City. She still enjoys to play the violin in private, but Asahi Tokiwa (Kei Tanaka) becomes aware of her. Asahi Tokiwa is a rising maestro, who is based in Germany. His love for music is so much, that he is very strict on his players. One day, his father, who is the head of Nishi Ward in Saitama City, tells him to return to Japan and rebuild the local Kodama Symphony Orchestra. He returns to Japan and begins to rebuild the local symphony in Saitama City. He tries to recruit Hatsune Tanioka to play the violin on stage once again.