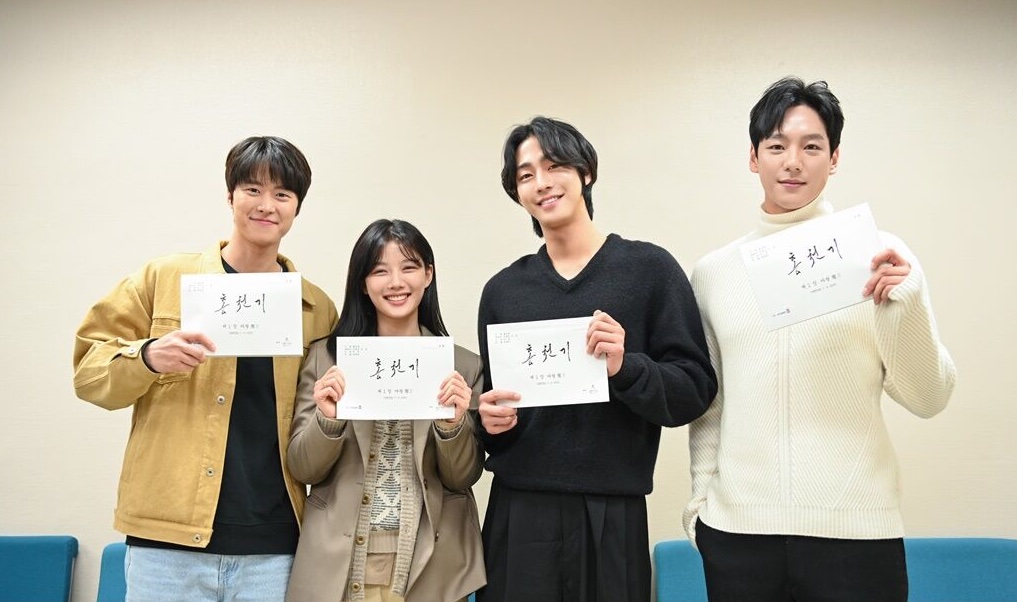 this drama looks promising im so excited for his next work!!!

Mel Mar 23 2021 2:24 am 2nd teaser please. ? When will this air? They said it's September but a photo emerge on twitter, it is a sched and it's said it will air on August. But then another rumor said it's July base on the post of someone who visited the filming site. ? Whatever, just come sooner. ?

La la land Mar 14 2021 7:23 am I love the premise. It's about the first woman painter in joseon era who fell in love with a blind astrologer who worked at palace. The story is so different than other. I mean the lead male is not a prince or a king... Also he's blind. The second lead male is a prince. Cant wait to watch this.

aileeya Feb 16 2021 1:03 am Does anyone know when this is airing? I'm so excited Its making me impatient like crazy lol

SummerSt4r Jan 13 2021 3:16 am The sageuk fairy is back with historical dramas. I enjoyed watching her take modern roles (CWPFN and BR) and she’s definitely a beautiful great young actress but sageuk with Kim Yoojung just hit differently. I know this will definitely be a hit. Seeing the trailer make me want the premier date come faster. Fighting Yoojung~iee, Ahn Hyo Seop, Hong Cheon-ki team! Daebak!

Tanya Jan 01 2021 1:05 am Ahn hyo sorp looks so different and he looks so potential in this drama looking forward to this ....He is one of the most popular young actor right now in Korea in this drama will surely help him to boost his career... Best of luck ahn hyo seop

Kiki Dec 18 2020 1:32 am This pair was supposed to happen awhile back but because of couple reasons, plans changed. I looking forward to this drama.

SummerStar Dec 17 2020 5:49 pm Can’t wait for this drama. The sageuk fairy is back! Kim Yoojung and entire drama team fighting.

Ginger Crunch Dec 13 2020 5:33 am Fantastic pair of KYJ and AHS and what a great story SBS has produced too. Our KYJ the ‘Nation’s little sister’ and ‘Sageuk Fairy’ will grace our screen. I can’t wait, this will be a hit! The visuals alone now that will stunning.

LeekDuck Dec 10 2020 10:02 pm They are almost near to be pairing on Clean With Passion For Now drama but cause schedule conflict it didn't happen. So i'm happy about this pairing.