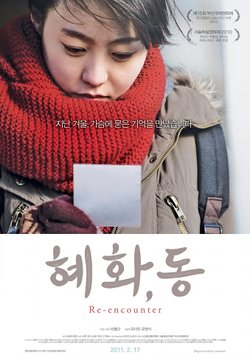 Hye-Hwa (Yoo Da-In) works as an assistant to a veterinarian. Hye-Hwa spends a lot of her time saving abandoned animals. If the dogs are not adopted Hye-Hwa takes the dog home. One day, while Hye-Hwa is out trying to save a dog she sees Han-Soo (Yoo Yeon-Seok) standing in front of her.

Hye-Hwa felt completely abandoned. When it was time for Hye-Hwa to go in labor, she was terrified and experienced difficulties in giving birth. Hye-Hwa woke up with her mother sitting next to her hospital bed. Hye-Hwa's mother tells her that the baby died of heart failure.

Now, five years later, Han-Soo is back and stands in front of Hye-Hwa. Han-Soo then drops a bombshell. Han-Soo tells Hye-Hwa that their baby didn't die and was actually adopted. As evidence, Han-Soo shows Hye-Hwa a document with Hye-Hwa's signature stamp giving permission for the adoption. Han-Soo also shows Hye-Hwa a picture of their baby when it was born. 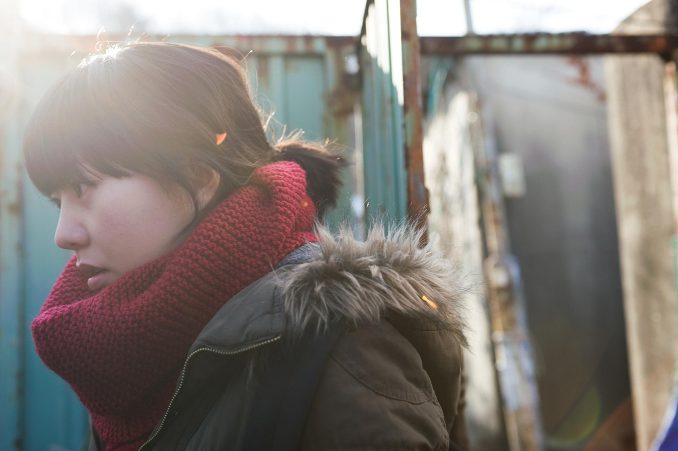 Q&A took place after a screening of "Re-encounter" at the Dong-Sang Art Hall in Daegu, South Korea (April 1, 2011). AsianWiki editor Ki Mun was there and transcribed/translated the session.

huhua Dec 27 2013 9:11 am it is quite similar to "August Rush" movie published in 2007. August Rush depicts a similar storyline but with music theme.

Ki Apr 02 2011 11:34 pm Enjoyed "Re-encounter". The movie, for those curious about the film but haven't watched it yet, is a restrained, quite film that packs emotions in short bursts. Themes like abandonment, hope, love all come into play in story involving a quirky early 20'ish woman who carries an emotional scar from her past. A lost child in fact. As the story unfolds and as the main character learns that her baby is alive, the audience is led to believe the movie may go this way or that way, but ultimately lands in a spot not quite expected (in a good way). Movie director Min-Yong-Keun did an excellant job in this manner. Also main actress You Da-In was great as the lead character, she carried a quirky, loveable spunk reminescent of a young Bae Doo-Na. I did feel that main actor Yoo Yeon-Seok was a bit too stiff in his role (as an example when I watched You Da-In on screen I felt I was watching "Hye-Hwa" and when I watched Yoo Yeon-Seok onscreen I felt I was watching a man playing "Han-Soo"). Besides that quibble, I think "Re-encounter" is well done and a movie able to draw a lot of emotions from the audience. Having watched "Bleak Night," "Animal Town" and now "Re-encounter" - 2011 already seems to be shaping up as an extremely strong year for Korean independent films.