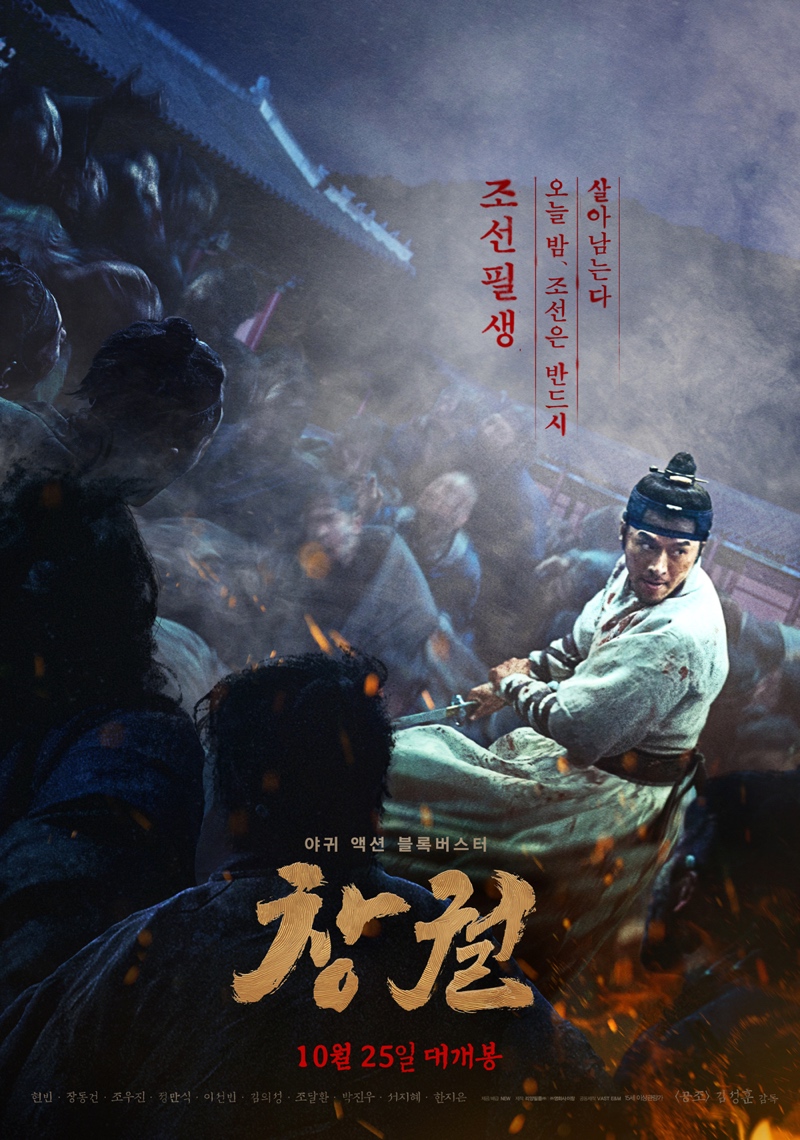 Lee Chung (Hyun-Bin) is a Prince of Joseon, but he has been taken hostage to the Qing Dynasty. He enjoys boozing, womanizing and gambling. He is also an excellent swordsman. His older brother Lee Young will succeed to the throne and brings Lee Chung to Joseon. He returns after more than 10 years. Soon, Lee Chung faces monsters that run rampant in the night.

Nia K. Haryanto Sep 07 2020 3:13 am This movie maybe were'not the perfect zombie movie. And everybody compare it with Kingdom. But I think, Rampant is different. And this movie quite entertain me enough. Just watch it!

Moon Apr 25 2020 5:30 pm I watched this after Kingdom and I was quite disappointed. It's good but if you gonna compare it's not! Anyway the acting from the cast was good. Hyun Bin <3

Veeveevee Mar 11 2020 11:07 am I could no longer count the number of times I held my breath throughout the movie. I even caught myself praying for the characters to be saved.

No wonder this was a blockbuster hit. Each scene was made with finesse. Hyun Bin was definitely the best guy for the role too! He made the action stunts and swift humor interjections seem oh so easy. Props also to the entire cast! Everyone shone playing their respective roles.

Oh I see - pretty cool Jul 01 2019 5:44 am Ok now I understand, this one was the original movie about back in ancient Korea with the Zombie apoc since this one was released 2018 and the KINGDOM drama one basically takes over from where this era left off but more into a series. NICE.

Flambergh Apr 02 2019 12:39 am at first i was confuse why they made this into series (Kingdom-Netflix), but now i just realize theyre different. But to tell the truth, Kingdom feels creepier. maybe because its a series so it has longer time to build the tension

I love the characters development...especially of Lee Chung .....

I hope to kdrama gods they make a chapter 2...i wanna see more stories of how they finish off the plague..... Of where did it come from..... Of how they rebuild Joseon.... And ofc.... i wanna see more of the Bin-Bin Couple!!!

I hope they realise that it’ll be a lot easier to kill the zombies in the daylight as they all flock in dark places.....no need to gather them in one place anymore..all they have to do is go to them and light them up.....at least the actual fighting and casualties will be reduced ......lols

Tamara Dec 06 2018 8:31 am Woooww Hyun Bin is everywhere nowdays this is his 3rd movie this year and he's acting in Memories os the Alhambra. This is definitely his shining year!! I'm loving it ♥

Tim Nov 22 2018 12:01 am this is the second Korean zombie movie i've seen since "train to Busan", and I must say that it's pretty good given that I watched the raw (no sub) and have no idea what they are talking about the entire movie, but still good. Damn it so frustrating for not understanding Korean, I need to learn Korean asap, waiting for the sub is like killing me softly with this movie and many other movies. ahhhhhh

juanita12 Oct 25 2018 9:39 am Great , very great. Hyun Bin is definitively one of the best actors in Korea . He can do all roles . I highly recommended this movie, first time i like zombies hahaha

Grace Oct 21 2018 12:44 am WOW! It seems promising too! after His "The Negotiation" film, "Rampant is come! and also Hyunbin's new drama, "Memories of the Alhambra ! :D He come with so many great project this year :) fighting Hyunbin! :D

The world is in the midst of the industrial revolution when horrific creatures emerge from a mysterious virus, ripping through the flesh of humans to sate their never-ending appetite. The only way to kill these beings, known as "Kabane," is by destroying their steel-coated hearts. However, if bitten by one of these monsters, the victim is doomed to a fate worse than death, as the fallen rise once more to join the ranks of their fellow undead.

the underline similarity : the setting (old era), the villain (the undead), the survival

Joanne Smith Apr 23 2017 6:11 pm Cant wait. Just watched him in Confidential Assignment and it was amazing.

hahahaha ... I know you ... you a jealous right ??? Hihihi but i feel you dont know the director of this project movie say Yoona is a GREAT actress ... Just she have a Group to focus ... And 100% she not focus to Acting !!! She must focus to SNSD CONSERT , SNSD COMEBACK so be limited ....

luckymoon Apr 11 2017 2:13 am I'm just happy of all Hyun Bin's shining comeback, happy that his movie Confidentila Assignment was a BOX OFFICE viewed by more tha 7M people just in Korea, and the fact that he'll have the same Director for this movie make me more so excited :) :) :) :) :)