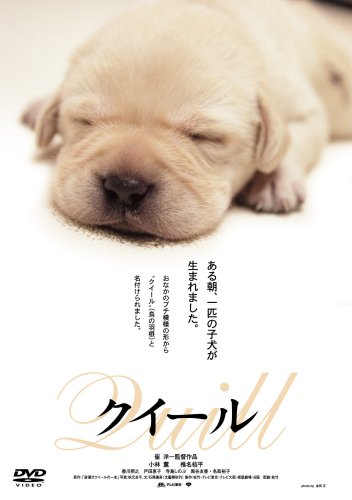 Quill is one of the five puppies of an ordinary Labrador mom. What makes Quill special from his siblings is that he has a black spot in his belly that is shaped like a bird, and that he is stubbornly intelligent. He is sent to training school, but is first kept by a couple until he turns one year old. In training school, he is paired with a grumpy old blind man, Mr. Watanabe (Kaoru Kobayashi), who at first dislikes the idea of being pulled around by a dog but later decides to get Quill as his "seeing-eye" dog.

lilyphilia Oct 06 2020 1:58 pm Watched this for the second time today and it made me cry like a baby again.