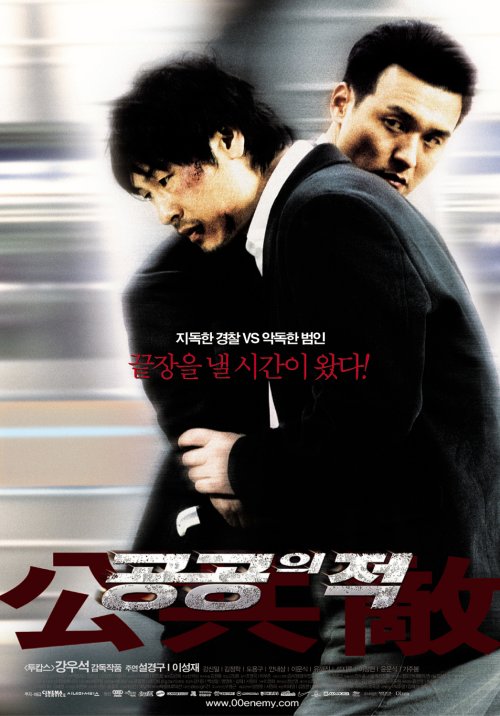 One rainy night, loose-cannon detective Kang is on watch duty and takes a dump behind a hydro-electric pole. Standing up, he bumps into someone in the shadows, making him step back and fall into his own waste. Pissed off more than ever, Kang chases after the man and smacks the back of his head. But the stranger walks away with no response. Kang goes after him and tries to throw a punch, but ends up getting cut beneath his eye. Blood gushes out of his face. A week later, Cho, a well-mannered yuppie fund manager, loses his parents. They’ve been found murdered, with multiple stab wounds. There are no clues about this gruesome slaying. Thus a dedicated yet foul-mouthed cop and a hip, clean-cut yuppie start a captivating game of catch-me-if-you-can.

Casper Nov 03 2020 1:06 am Super great awesome tears in my eyes love this movie. I wanne look the other 3 movie's But i can 't. live in the Nederlands inposseible to bye or the watch.

Sensei_h Oct 28 2009 2:08 pm Nothing special. Just a plain police drama. You figure out the murderer from the very beginning. But i loved officer Kang. He got a bad temper :P