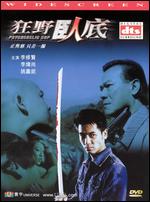 Undercover Cop Dee ignites a secret deep inside himself after a car accident but he hardly recognizes. When his undercover mission is about to succeed, a mysterious killer messes it all up. Just at the moment Dee is facing between live and death, he is shocked by the fact that the killer whom his girifriend has a crush on, is no one else but himself.

Psychedelic Cop attained the dubious distinction of being one of the biggest box office flops in Hong Kong cinema history. During its one-week run at a cinema in the Fanling District in 2002, the movie attracted less than 10 viewers and made a total of $42 (RM159).