Princess of the Frog (Kaeru no Oujo-sama) 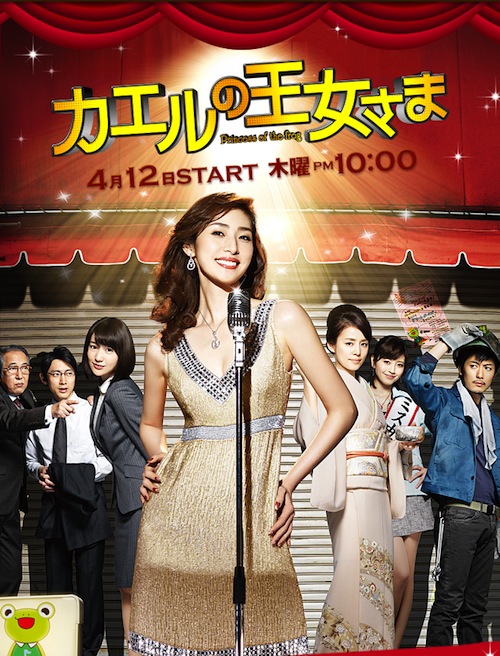 Mio Kurasaka (Yuki Amami) is a popular musical actress attempting to work on Broadway in America. Her agent, though, tells Mio Kurasaka that there are no more auditions for her on Broadway. Her ex-instructor though wants her to perform on the big stage in Japan. So, Mio Kurasaka goes back to her hometown of Yume City in Japan. Her hometown is about to be merged. The city is also planning to tear down the music hall and build a refuse dump on the site. Under this situation, the mayor's daughter Tadako Isaka (Yuriko Ishida) is busy reviving the chorus group “Shansonzu” in an attempt to keep the music hall.

naily Nov 06 2013 9:54 pm I love this drama. the story about women. japan drama is always motivate me to face the world strongly.