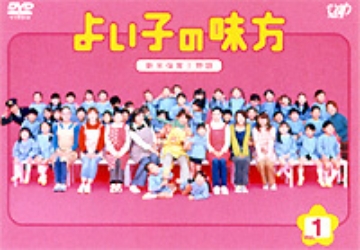 Ask any nursery-aged little girl what she wants to be when she grows up and she’s bound to say nurse, florist, or ballerina. Ask any nursery-aged little boy what he wants to be when he grows up and he’s bound to say policeman, fireman, sports player, or pilot. As for 20-yearold youngman Taiyo Suzuki, however, he’s had different aspirations all his life. Moved by his elderly nursery school teacher, Taiyo decided then and there that he too would also become one. Now, having passed the nursery school teacher examination, bright-eyed and eager Taiyo is out to make his mark on a totally female-dominated world. Posted at the Himawari Nursery School to cover for another teacher on maternity leave, Taiyo has but a few short months to prove himself to the female teachers and children’s mothers who are arrayed against him that he is every bit as capable as the women. And more importantly, along the way, he’ll make his mark with his sparkle and energy to be a true best friend to the children at the school as well. -- NTV