Postcards from the Zoo 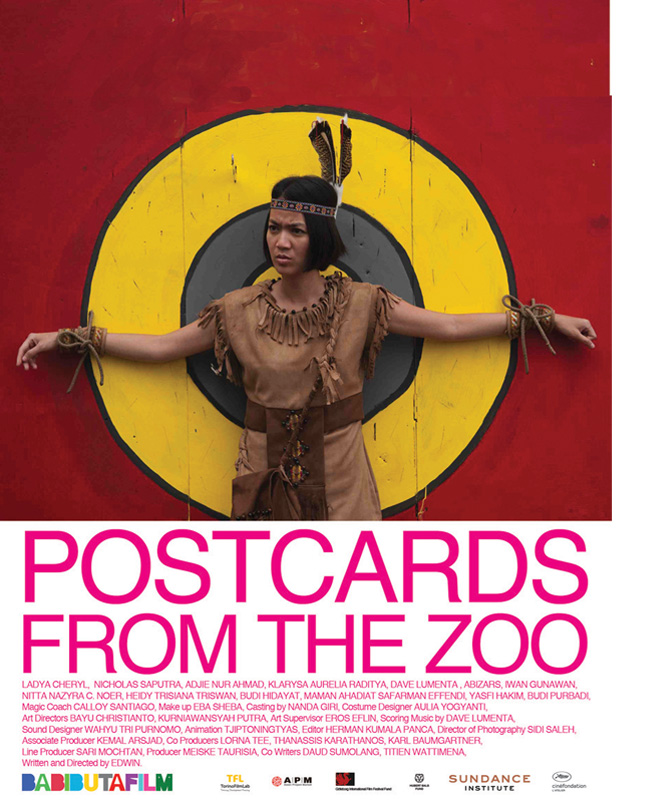 The zoo – a place of yearning. The zoo animals are yearning for freedom and many of the visitors long for adventure and the call of the wild. It is in these surroundings, where imagining yourself into other world is easy, that Lana grows up. When she was a little girl, her father left her behind in the colourful Jakarta zoo to be raised by zoo keepers. What dreams and longings does a young woman have who has grown up among giraffes, elephants and hippos? Is the cowboy who appears one day and is able to do magic merely a wish summoned into solid form, or is he real? Lana will assist him, and take her first steps outside her familiar world. But as suddenly as he appeared, the cowboy will disappear again by magic. On her own now, Lana begins to work as a masseuse at a spa. But the memory of the cowboy and nostalgia for the seemingly enchanted zoo will not leave her alone.-- Berlin International Film Festival 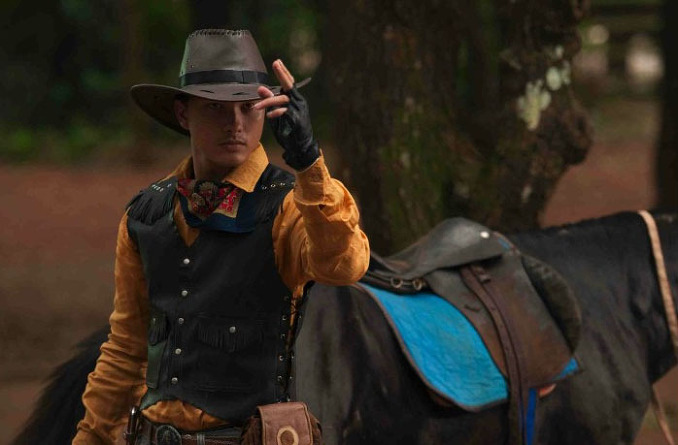