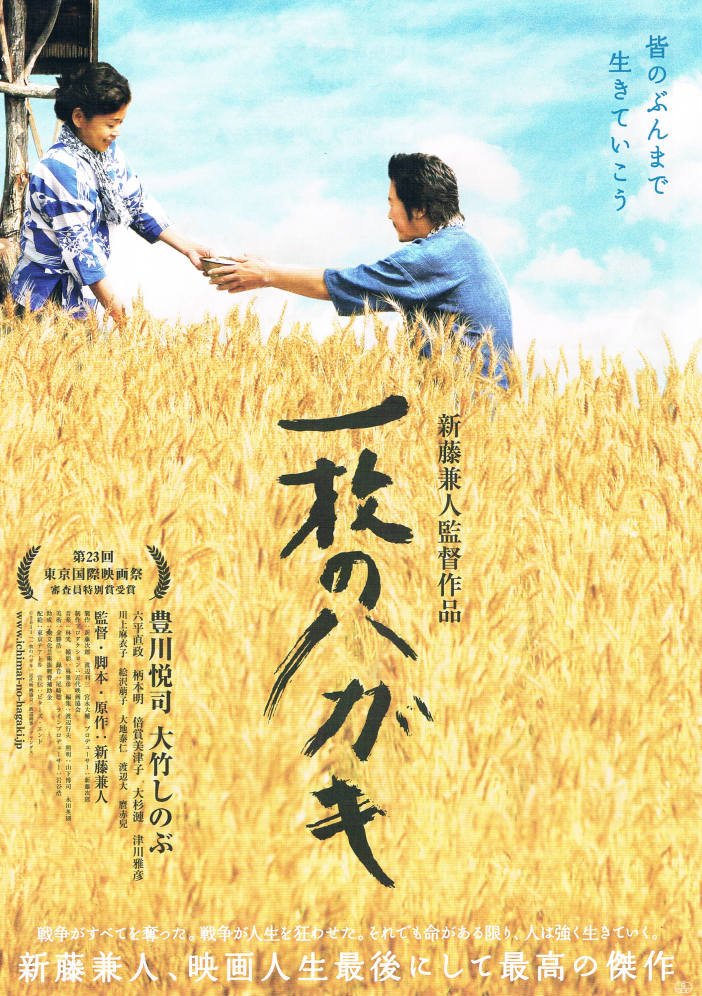 Towards the end of the war, one hundred middle-aged soldiers were sent to the frontline according to lots drawn by their superior officer. On the night of the lottery, a soldier, expecting to be killed in action, leaves a postcard from his wife with Keita Matsuyama. The card reads, "It is the festival today, but the air feels empty without your presence." The soldier asks Keita to let his wife know that he had read the postcard. The war ends, and six survivors out of 100 return home, but no one awaits Keita at home. His wife has gone off with his father, not expecting Keita to return alive. Tomoko, who wrote the postcard, was persuaded to re-marry her husband's younger brother, but he was also killed in the war. Her father-in-law has died of shock, and her mother-in-law has killed herself, leaving Tomoko alone in a poverty-stricken farmhouse. It is at this point Keita visits her with the postcard, and learns of her reality.-- Tokyo International Film Festival