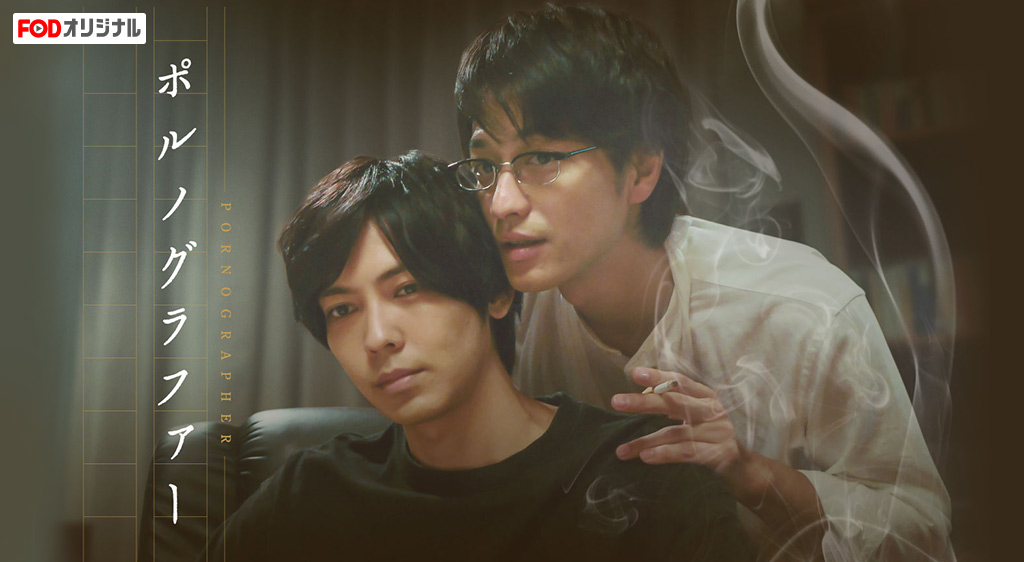 Aboo May 01 2019 6:21 am Kuzumi's actor, Izuka Kenta definitely stole the show. His acting was just so natural!

Juju Apr 16 2019 5:53 am I can't stop thinking about this series and Indigo no Kibun. Send help. My obsession is getting unhealthy I am repeating every episodes for a lot of times ?

Lulu Nov 12 2018 1:38 pm I’m obsessed with this drama, I cannot stop thinking about it (especially Kijima's gazes OMG)!!!I did not like the end at all though, that literally hurt to watch, it just felt too unfair and open-ended. People hate the manga ending but that was even better. Everything else before the ending is 10/10, one of the best yaoi manga live adaptations I have ever seen. Also one of the most sensual and classy BL mangas I’ve seen so far. I was so enveloped in it, I can’t stop thinking about it. Supposedly this was supposed to be 10 episodes and was cut. I want to buy the blu-day to show my support.

Also Terunosuke Takezai is everything in this drama, he embodied and brought even more depth to Kijima. He was also a male fatale, absolutely sensual but also sort of overwhelming when he wasn’t holding back. Like I said, his knowing gazes when Kuzumi couldn’t hide his attraction were absolute visual weapons for me. I fell for this character as much as Kuzumi. I could go on and on but basically loved it and ill maybe make peace with the ending down the line.

it's really rare from me but I absolutely love this drama so much I like it so much I backtracked and went to read the manga, and to my utter disbelief, the drama was so much better than the original??? Oh My God?

I really can't stress how much I love the actors for this drama as well, how awesome they suit the characters and how they fit into each other dynamically - Kijima is portrayed as less pretty as in the manga, but as a very charismatic man in his thirties in the drama; Kuzumi is supposed to be more macho and buff in the manga but I absolutely ADORE Izuka Kenta as this sunny, slender young college boy; and Kidou... omfg Kidou is hawt AF I didn't really like how the drama character looked like at first but that "imagine sex scene" Holy Sh*t He is the hottest and most masculine out of all 3 of them, and I felt none of this when I read the manga, which is saying something

Also I also really liked how the drama production crew made all the creative decisions on changing some framing of the scenes, the difference in some story flow, the addition of the sound design feature in the drama, everything just ties into this beautiful short series

Hope to see more good works like this <3 <3 <3 (and more good acting jobs for these awesome talented actors!!!)

Zen Sep 26 2018 12:41 pm Just finished the drama without subtitle, I will watch it again later with subtitle.

I'm glad they chose Takezai to be Kijima, I really like Shingaki Tarusuke as Kijima in the drama CD, and I thought at first, like most actors in BL Drama, they can't pull the character. Turned out Takezai pulled Kijima really well. Though, I wish the last and only part where Kijima and Kuzumi had sex is added to the drama rather than cutting it out because, in that part, I found the dominant, liar Kijima who always trying to look strong, is really vulnerable and submitting to Kuzumi. Yes, he is the bottom lol. And it made me sad because Takezai's moan is really good lmao. Also despite Kijima in the manga is rather 'pretty', I'm glad they pick Takezai whom is manly and you can see that he's an ossan.

These two really can pull, the old and depressed, and young and innocent couple, even when Kido came into the scene, I can feel how "out of place" Kuzumi is.

AND! Kido-Kijima's situation is more believable in the drama than in the manga. Kido is a device, but in the manga, him as a device is more clearly. HOWEVER, the drama made him as a good device. Good job, because both of the actors could make me believe something is indeed is happening between the two, that they are really close. Especially the part when Kuzumi asked 'the key' from Kido. I love that part. Like, yes, they made me believe Kijima loves Kido, making the 'key' part is really precious.

I love how I can feel emotions from the actors, since usually BL drama's actors tend to be bland.

Another thing that's a plus from the drama, is how they cut out "comedy" part from the manga and keeping the tension high. Like in the last episode, if you read the manga, you'll understand how the tension in the drama is far better.

AND CHIHIRO ONITSUKA <3 I love the BGM also.

I hope there'll be a continuation from Pornographer, not talking about Indigo no Kibun though. Great BL drama. Also the only one I ever find has no "pretty" bottom lol.

Chinami Sep 17 2018 7:23 am The plot, the genre and the fact that it was adapted from a Yaoi manga, the drama can easily turned into a cringey, low-quality, bad acted one. But luckily it is not. From the directing, story-writing, cinematography, soundtracks and the acting, it is surprisingly of higher quality, given the limited time slot and overall budgeted production. It's a very thoughtful adaptation from the original manga, in fact I thought the characters are more fleshed out in this live action version. The acting from both main actors (and even 1 supporting chara) are very subtle, just right. No over-acting or awkwardness between them. Glad I gave this drama a try, worth the wait for the past 6 weeks. The problem though, 6 episodes are just too short.

Ochi Aug 13 2018 8:14 am Three episodes so far and surprisingly it's soo good!!! The chemistry between the 2 leads is just scorching HOT!

hinata kazekage Aug 13 2018 3:30 am lead actors are freakin cute......acting is way better than other japanese bl........plot is new and interesting..series is so hot...great one....loved everything about it.... i hope they make a live action like this of Aitsu no daihonmei too some day.