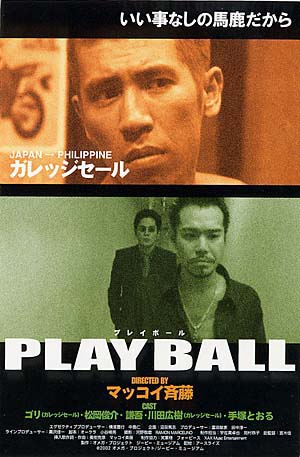 A Japanese post office worker named Riki (Gori) flees to the Philippines after unintentionally killing a woman in a sex game. There he hooks up with a grifter named Koji (Shunsuke Matsuoka) as they run various small time schemes to make money. Riki then comes across a young boy who loves baseball but only has a tattered ball. Riki, sharing the boys passion for baseball, then tries to make the boy's dream come true.