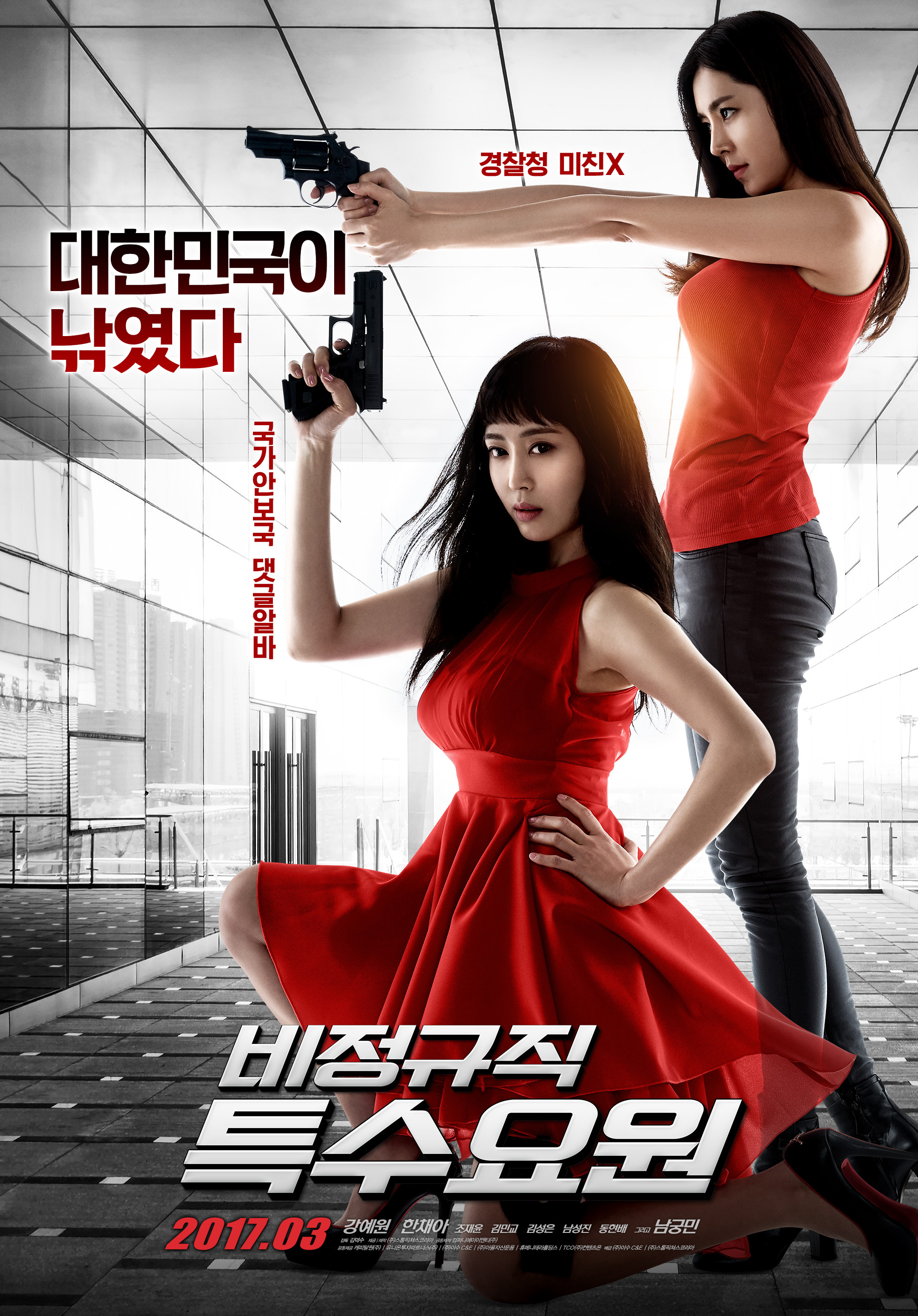 Jang Young-Sil (Gang Ye-Won) barely lands a job at the NSA (National Security Agency). She is hired as a contract worker to write positive comments for the NSA. Na Jung-An (Han Chae-Ah) is a detective who often uses foul language. They carry out an infiltration operation to recover money that was stolen from her boss in a voice phishing scheme.

jestine29 Jun 21 2020 4:57 pm Wow! this movie is done so badly i feel terrible that Nam Goong-min has to be a part of it. I remembered more time doing something else while watching this LOL i was even pissed off by the fact that the plot was poorly written, the other female agent's acting was so bad she looked more like reading than delivering her lines. i hated that i even wstched this ?

gdik Oct 21 2017 9:06 am I always like these types of movies. It's a mix of action/comedy film, feel good movie. I do agree that the antagonist needs more time to shine but then again there are two antagonists here and this should be just light when it comes to emotions since it's more of a comedy movie. I appreciate that the main character, Gang Ye won is not the stereotype all smart and hot looking, though she still looks hot except fro the hair. This reminds me of miss congeniality a little bit. Kudos to the team and Han Chae Ah those were some serious moves. If you are looking for a feel good movie and a lot of girl power spank then watch this. How I rate it, Plot 4/5 (it's not that predictable but if you watched a lot then you cann

kyooootiiee Oct 16 2017 5:13 am I jut watched this movie because of my bias gang ye won unnie Hihihi Waaah Saranghaae unnie!.... an also the casting is really daeeebaaak! the plot twist and everything, if you are still deciding to watch this, WATCH IT ALREADY!!! ITS REALLY DAEEBAAAK! .... 10/10! hihihi <3 <3 <3

Lee yo Aug 02 2017 11:55 am Super duper awesome story.. I like it so much....please part 2 please with also with them Gang Ye-Won and Han Chae-Ah..because there really portray excellent...

pgirlcl13 Jul 09 2017 9:28 am Screaming with laughter & action movie -meaning because Namgung Min then Jo Jae-Yun are #1 funny guys right (?) But wait till seeing Gang Ye-Eon outstanding, blockbuster acting skills bring her character alive with her sidekick, Han Chae-Ah, these two actresses took over the show & which was fantastic , amazing & a lot of sense of humor, another #1 movie on my list