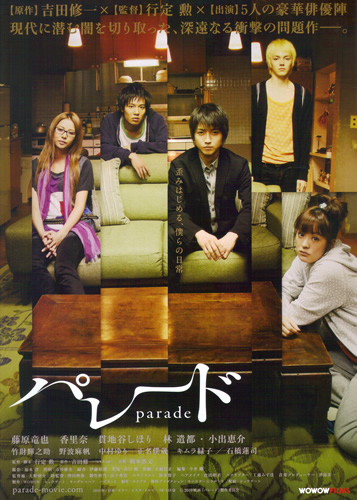 "Parade" is the story of a strange living situation in a 2LDK apartment (having two bedrooms, a living-dining room, and a kitchen) in suburban Tokyo. There are five residents ranging in age from eighteen to twenty-eight: a male student with no evidence of any drive; Kotomi (Shihori Kanjiya), an out-of-work aspiring actress who longs for a celebrity boyfriend; Miki (Karina), a heavy-drinking female illustrator; Satoru (Kento Hayashi), a male prostitute with a spectator like attitude toward life; and Naoki (Tatsuya Fujiwara), a salaryman who works for a film distribution company and says strange things in his sleep. The roommates are not in any way romantically involved with one another, but one can see subtle hints of affection and friendship among them. In the end, however, none of them really know each other. 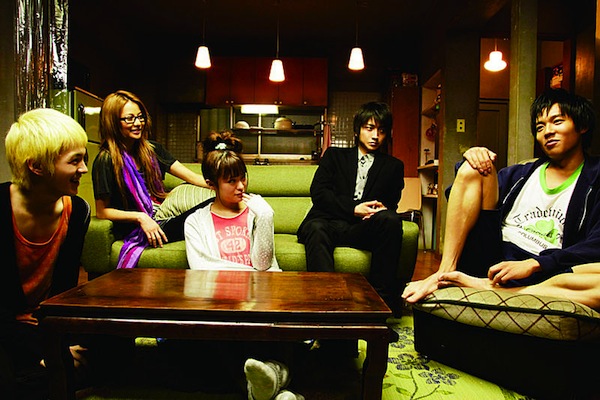