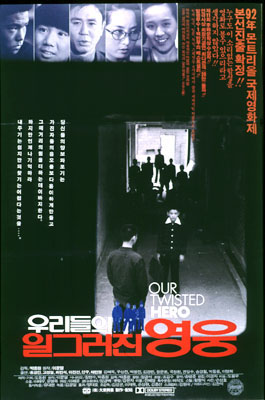 The kingdom of a fifth-grae classroom with its tyrants, rebels, and followers provides a metaphor for the illegal formation of violent political power, tyranny and its downfall - a scenario played out for nearly a century in Korea's real-life history of foreign occupations, coups and dictatorial regimes.

Han Byung-tae, 40, reads of an old teacher's death and remembers his school days of 50 years ago, when his family moved from Seoul to the rural town. In Seoul han was an outstanding student but he soon learns that his past scholastic achievements mean nothing in Mr. Choe's fifth-grade class. Han encounters a different kind of classroom strucute where authority and discipline is held by the class monitor Um Suk-dae.

Han believes in the equality of human beings and tries to challenge Um's authority. Each attempt fails. Finally Han, his spirit broken, gives up and joins Um who makes him a favored "lieutenant."

In 1960, Mr Kim, a young new teacher, is assigned to Han's class. Mr. Kim believes that everyone is created equally and that honesty, truth and courage are most important in life. Mr. Kim quickly destroys the power and authority of Um. Humiliated Um leaves school.

Attending the funeral of Mr. Choe. Han encounters traces of Um, the classroom tyrant and sees its hero, the teacher who stirred up a revolution in that class.