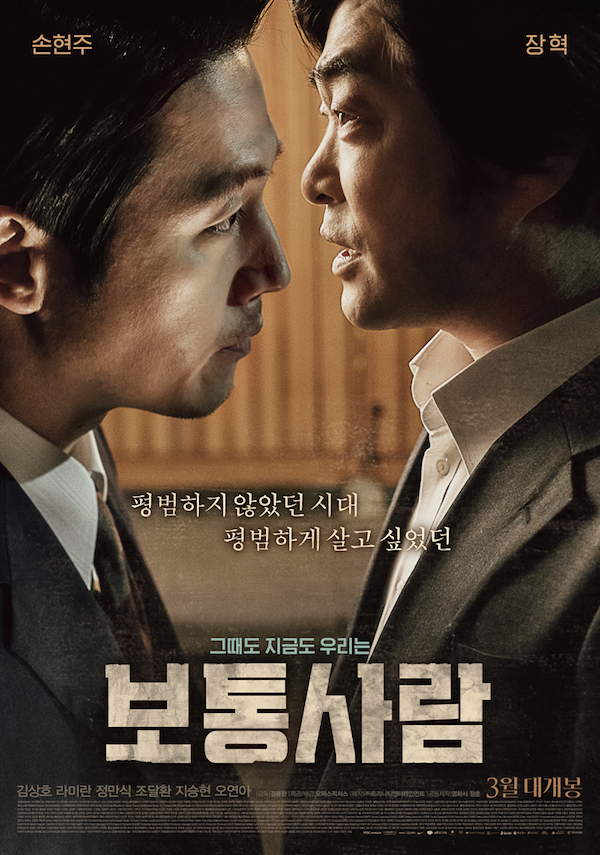 Spring, 1987. Sung-Jin (Son Hyun-Joo) is an enthusiastic detective with a wife (Ra Mi-Ran) and a son. His dream is to live with his family in a 2 story home. One day, he happens to catch Tae-Sung (Jo Dal-Hwan). He is a suspected serial killer and the first suspected serial killer in South Korea. Due to this incident, Sung-Jin gets involved in a secret operation led by NSP Chief Kyoo-Nam (Jang Hyuk).

Meanwhile, newspaper reporter Jae-Jin (Kim Sang-Ho) senses something suspicious about Tae-Sung's case. He recommends that Sung-Jin be removed from the case, but Sung-Jin has no choice but to get involved in the secret operation. He needs money for his son's operation.

JustARandomReviewer Jan 07 2020 4:57 am It's an "ok" movie. The plot is interesting enough to continue or invest in watching. It gives you an insight on how corrupted the justice and political system is and/or can be. The ending was pretty sad too.

P.S. IF you are only watching this movie just because of Jang Hyuk (which makes you a little bishhhh, lmao) then you might be a little disappointed. He has very limited amount of screentime. However, don't be discouraged to not watch the movie. It's actually better than what I expected.

crispyroll Dec 15 2017 2:36 am I love this movie, all the cast acting was awesome...especially Jang Hyuk! The most important lesson i got from this movie is someone who has money & power are able to control the world! Eventhough he (Choi Gyu Nam) was a cruel person..he took everything for granted..but because he is smart and has power, no one can beat him to ground!

pgirlcl13 Jul 27 2017 10:31 pm I got it -just how corrupted not an ordinary person maybe, No ordinary actresses and actors within this movie, please take it to heart how the characters they role played to show if one ordinary person just think about "his or her" choice of actions & what may be the worsted consequences behind-the-scenes or just had listen one ordinary supporter (??) Life is a bit** when your "position of law"is without that kinda support, excellent movie, two thumbs up to the writer and director

GG May 29 2017 10:55 pm Really excellent movie. I'm a Jang Hyuk fan and although his acting was fine in this, I prefer his action (especially sageuk) and romantic roles since this one was a bit too "ordinary" (no pun intended) for his "extraordinary" skills. Otherwise the rest of the cast, especially Kim Sang-ho did a superb job.

Tristan May 06 2017 10:05 pm This movie's just so..so... I was hoping for more since it's one of the best Korean actors starring, Jang Hyuk's role's definitely not one of the greatest. Hopefully, he can get a better role next time. Anyway, the only thing I didn't like about the cast was that actress who played the lady reporter, Oh EyonAh's acting was bleh. She looks like she's high on something the way she smiles when nothing was funny. Other than that the male cast & Ra Mi Ran even without verbal dialogue, nailed it.

This guy is AWESOME. Can't believe I didnt know this guy.. :) All his characters was phenomenal. But my favorite is Dae Gil..His hilarious as Lee Gun...