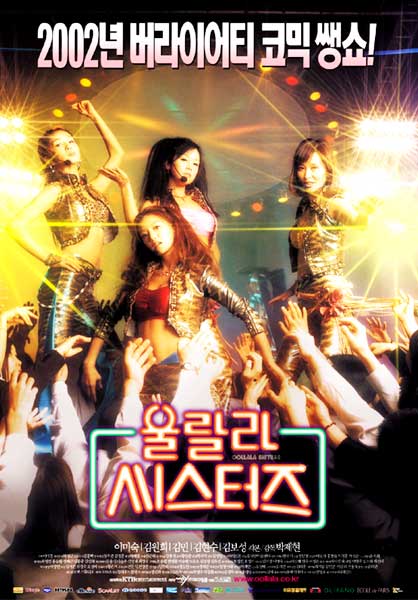 Cho Eun-ja is the president of Club LaLa, which has been a family business for three generations. It used to be a very popular club but not anymore. Now the club is in heavy debt to Eun-ja. To bring back the old days of glory, Eun-ja tries desperately to keep the club afloat while KIM Geo-man, the owner of Club Nemo wants to take over LaLa. Club Nemo is also a family business and the KIMs have been rivals with the Chos. KIM wants to put an end to their rivalry by buying LaLa and building a department store. Club LaLa is located in a very essential part of the construction plan of the department store. So he sets traps to force Eun-ja to sell the club. He first makes Eun-ja take out a private loan and, he snatches the only popular singer and last hope of LaLa. LaLa is thrown in a state of turmoil as it ends up on the verge of bankruptcy. As the last resort to save the club, the four girls decide to stand on the stage themselves as a dancing group named "Oh! LaLa Sisters". Thanks to their fabulous performances, they finally become popular. Now it seems that they have saved their club. But Geo-man is not to be so easily thwarted.