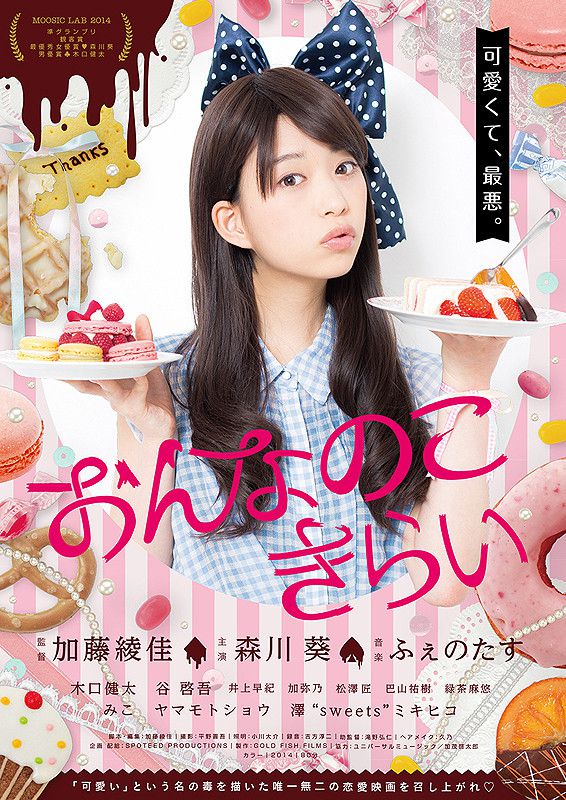 Kiriko (Aoi Morikawa) is pretty girl, working at an office. She also bing eats and then makes herself vomit. The male workers like her, but female workers hate her. Kiriko believes the only that matters for woman is being cute. Kiriko has Yuto, who works at a bar. The relationship between Kiriko and Yuto is more than friends, but less than a romantic relationship.

Sawa May 14 2016 8:08 pm I wasn't sure about this movie based on the name and the poster, but it was a nice surprise. Even though girls grow up thinking they should be cute and are expected to act certain way to be surrounded by guys, "kawaii" can be pretty scary.